According to ALEA, the children have been located and the mother, Kristine Galaviz, 26, has been arrested.

ALBERTVILLE – Alabama Law Enforcement Agency has issued a missing child alert for three Albertville children who have been missing since Oct. 31. The Marshall County Sheriff’s Office is asking the public for assistance in locating the children.

According to ALEA, the children are Katelyn Marie Kitchens, Timothy Gene “Trace” Kitchens and Darren Marcus Cribbs. They were last seen at around 3 p.m. in Albertville.

Katelyn Kitchens is described as a 5-year-old white female with blonde or strawberry hair. She has blue eyes, stands at 3’8 and weighs 45 pounds.

Timothy Kitchens is described as a 7-year-old white male with brown hair, brown eyes, standing at 4 feet and weighing 50 pounds.

Darren Cribbs is an 8-year-old white male with brown hair, brown eyes, standing at 4’2 and weighing at 55 pounds.

ALEA stated in the alert that the children may possibly be traveling with their non-custodial parent, Kristine Galaviz. Anyone with information is asked to contact Marshall County Sheriff’s Office at (256) 582-2034 or call 911. 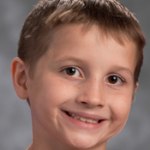 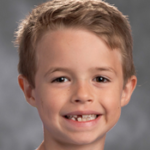 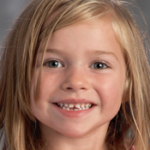 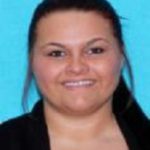 Kristine Galaviz may be traveling with three children missing from Albertville since Oct. 31. Photo from ALEA.