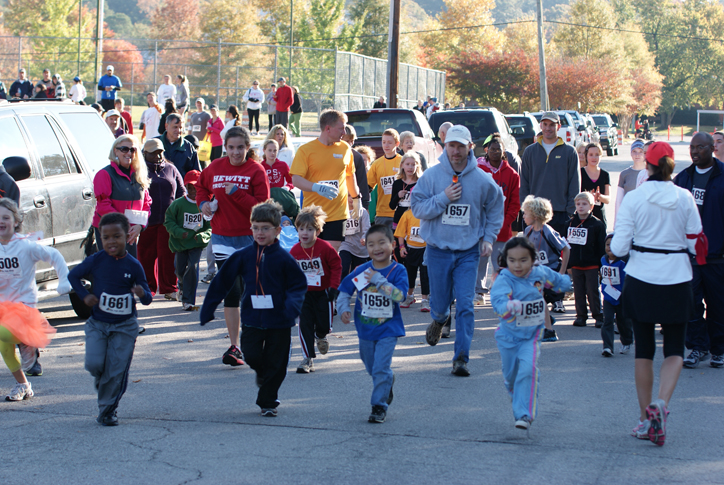 Blow Away 5K set for Saturday

TRUSSVILLE — On Saturday, Nov. 11, runners will gather downtown for the eighth annual Blow Away 5K, a race benefiting the Alabama Friends of the Cystic Fibrosis Foundation. The race is intended to raise both money and awareness for the fight against cystic fibrosis, a genetic disorder for which there is currently no cure. 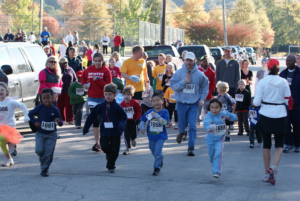 This year, the event is marketing itself as “the best race that you haven’t heard of.” A promotional video for the race highlights the fact that it takes place on a USA Track & Field-certified course, meaning that results can be used to qualify “for any major marathon nationwide.”

The first Blow Away 5K was organized in 2010 by three Trussville-area families whose children were afflicted by the disease, according to the event’s website.

Cystic fibrosis is a disease that causes the buildup of mucus in the lungs, pancreas, and other organs of those afflicted. In developed countries, the life expectancy for those with the disease is between 42 and 50 years. Roughly 30,000 individuals in the U.S. have been diagnosed with cystic fibrosis.

Check-in and registration for the event will take place at the Mall in downtown Trussville (225 Parkway Dr.)  from 6:30 to 7:30 a.m., with the race beginning promptly at 8 a.m. The fee for participants in the 5K is $30. The event will also feature cash prizes for winners as well as door prizes and breakfast for participants.

A one-mile “fun run” for children will start an hour later at 9 a.m.; the entry fee is $10. Those looking to support the 5K without participating in the run are invited to choose the event’s “Phantom Runner” option, which allows them to purchase an event T-shirt for $30.