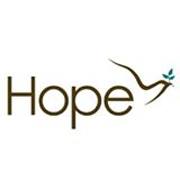 The move brings the Jackson, Miss.-based Hope into the state; it was initially formed in 1995 as a credit union “that helps low- and moderate-income people in the nation’s poorest region build a solid financial foundation for a better future,” according to company’s Facebook page. Tri-Rivers, meanwhile, has existed in Montgomery for over 50 years; its CEO, James Dill, will manage Hope’s new branch in the state capital.

Representatives from Hope said they planned to make community outreach an integral part of their business in Alabama.