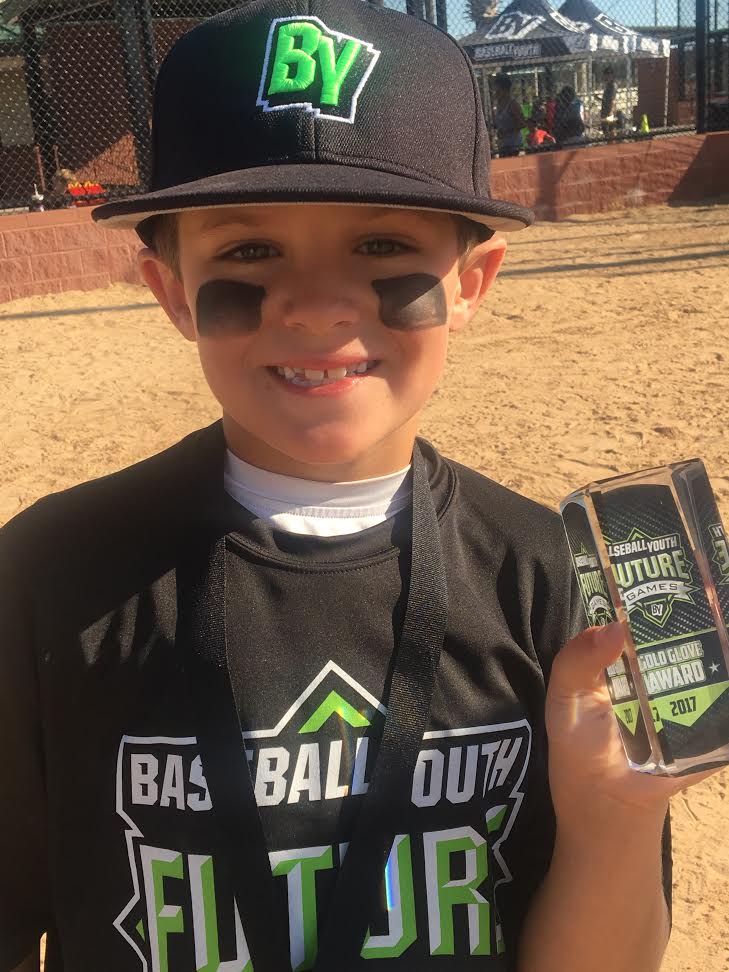 TRUSSVILLE — When it comes to sports, the best athletes play on the biggest stages. 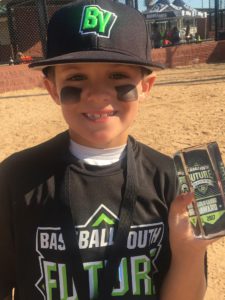 For Hudson Mitchell from Trussville, however, everything seems just a little bit bigger.

After all, the Paine Elementary second grader is only eight years old, so it is only natural.

Hudson was selected to play on a team that participates at Disney’s tournament each year based on his performance at an event last weekend.

“It was an open showcase called the 2017 Baseball Youth Futures Games in Panama City Beach,” said Hudson’s father Shea. “He participated in two days of skills assessments and played four games against some of the best players from Alabama, Florida, Georgia, Louisiana, Illinois and New Jersey.”

Because of the number of kids in the showcase Hudson was placed in an age group that ranged from second grade to fifth grade.

Even though some of the kids he was facing were older than him, Hudson’s performance earned him the Gold Glove Award for his age group.

‘In one game Hudson pitched two innings and only gave up one hit and one walk while striking out five batters,” Shea said. “There were some big boys out there, but he has played against older kids before.”

Though Hudson is only eight, he has some experience playing baseball. He plays on a travel ball team out of Hueytown.

“He has been playing since he could walk,” said Shea. “His sister plays on a 16 and Under travel softball team, so he grew up at his sister’s games where he would walk around picking up bats and gloves.”

Shea received a phone call earlier this week from Baseball Youth, the group that organized the showcase Hudson attended.

“Baseball Youth puts on about eight showcases a year,” he said. “They put together a team to play in Disney’s tournament every year, and out of all the players in those showcases they only choose 12 kids out of the hundreds to be on that team. They picked Hudson to play on that team.”

Hudson will play for the Baseball Youth Elite 9 and Under team in Disney’s classic.

“We are proud of him,” Shea said. “He works hard, he gets after it and he enjoys playing baseball. It shows when he gets out there.”