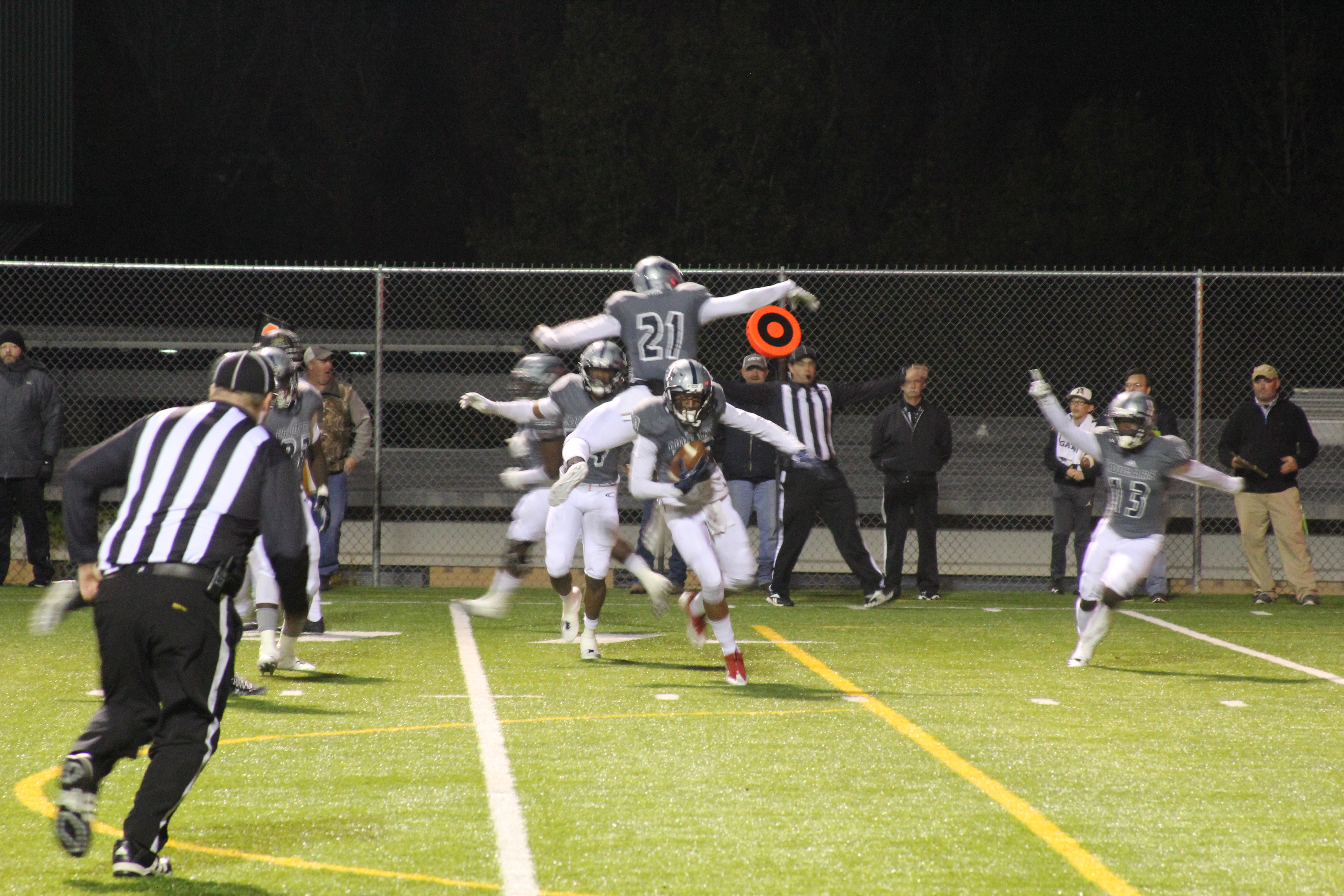 Clay-Chalkville defensive back Andru Ransaw celebrates with teammates after intercepting an Athens pass Friday night. Photo by J.R. Tidwell / For The Tribune

CLAY – Clay-Chalkville’s playoff game against Athens High School was defined by the stellar play of both defenses. A total of seven turnovers were forced. Four of them went for Athens, three went for Clay. The final score of the game was 21-0 in favor of the Cougars. 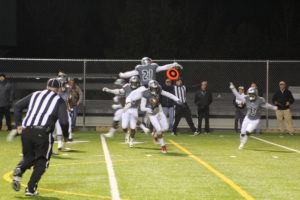 Clay-Chalkville defensive back Andru Ransaw celebrates with teammates after intercepting an Athens pass Friday night. Photo by J.R. Tidwell / For The Tribune

In addition to picking off two passes and forcing a fumble, Clay’s defense stopped Athens on fourth down a whopping six times.

The defense did a great job of pressuring Athens quarterback Logan Smothers. The pressure he faced was a large part of why he only completed 39 percent of his passes and threw two picks.

Clay quarterback Willie Miller also threw two picks, but those passes accounted for two-thirds of his incompletions. His only pass to actually hit the ground came on a second and three play as time expired in the second quarter.

While the Clay passing attack was efficient, it was the Cougars’ ground game that stood out Friday evening. Clay ran the ball 33 times for 222 yards, and all three of the team’s touchdown were on the ground.

Senior running back Quentin Young went down with a non-contact leg injury early in the third quarter. According to head coach William Gilmer, “he just tweaked his ankle a little bit. He should be alright.”

Coach Gilmer said his team needs to work on being penalized less. Small mistakes caused frequent flags and stopped this game from being a complete blowout.

Gilmer said, “there were a couple of dumb mistakes on our part. Making sure we get guys off the line of scrimmage, that kind of stuff.”

Athens’ season has come to an end as Clay continues its march to the championship. They will play Homewood next week. Homewood defeated Fort Payne 28-21 this evening after being down 21-0.