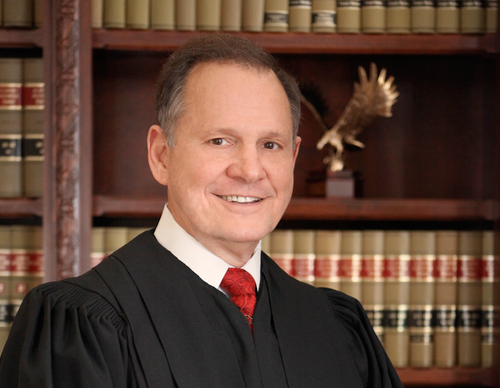 HUNTSVILLE -Sunday night, Republican U.S. Senate candidate Roy Moore continued to fight back against allegations in the Washington Post that he had a sexual encounter with a 14-year-old girl 38 years ago.

Speaking to a crowd of supporters at Huntsville Christian Academy, Moore outlined previous reports by the Washington Post involving his salary from the non-profit Foundation for Moral Law.

Moore said those stories were false before turning his attention to the most current allegations that he pursued relationships with teenagers when in his 30’s.

“About thirty days before the election, just last week, three days ago, the Washington Post published another attack on my character,” Moore said.

Moore called the article a desperate attempt to stop his political campaign.

“These attacks that I was involved with a minor child are false and untrue,” Moore said. “And for which they will be sued.”

The Moore campaign posted a video of the meeting on their Facebook page. The full video is below.