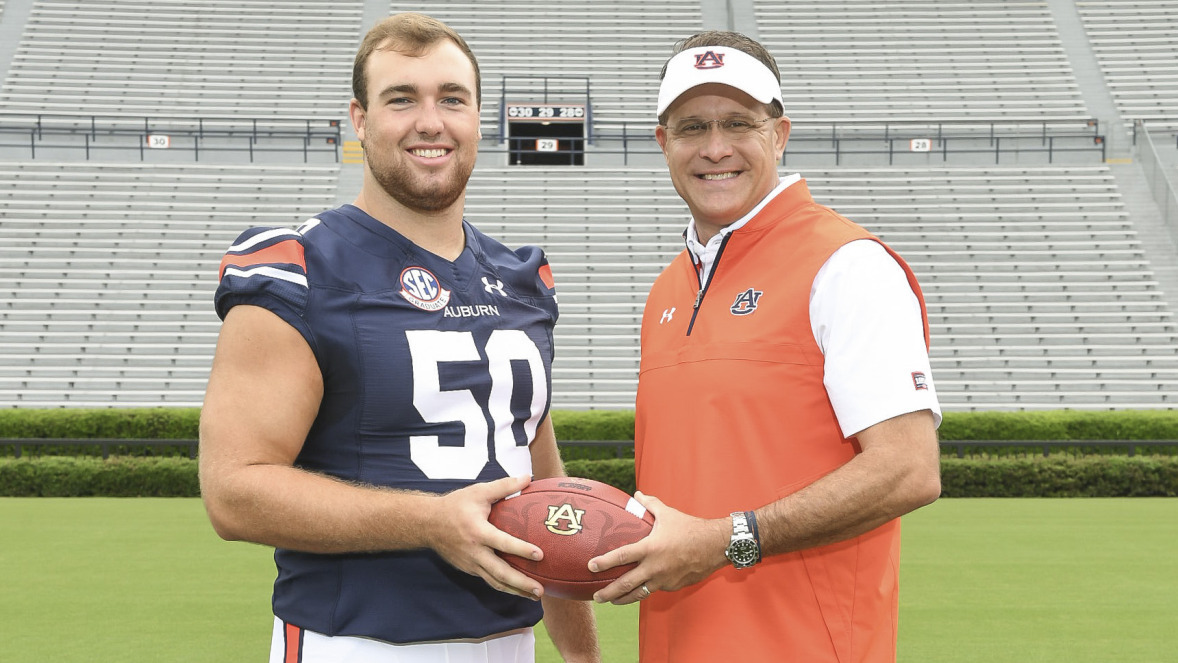 AUBURN –Former Hewitt-Trussville and current Auburn University player Casey Dunn has been named the offensive lineman of the week by the Southeastern Conference.

Dunn, a graduate transfer from Jacksonville State, returned last week against Texas A&M after missing a game last month due to injury,

According to AuburnTigers.com, he graded out at 91 percent with a season-high six blocks and had six blocks that led to first downs or touchdowns.

The offense, as a whole, finished with 488 total yards — 237 rushing, 251 passing — and averaged 6.9 yards per play against one of the nation’s better defenses.