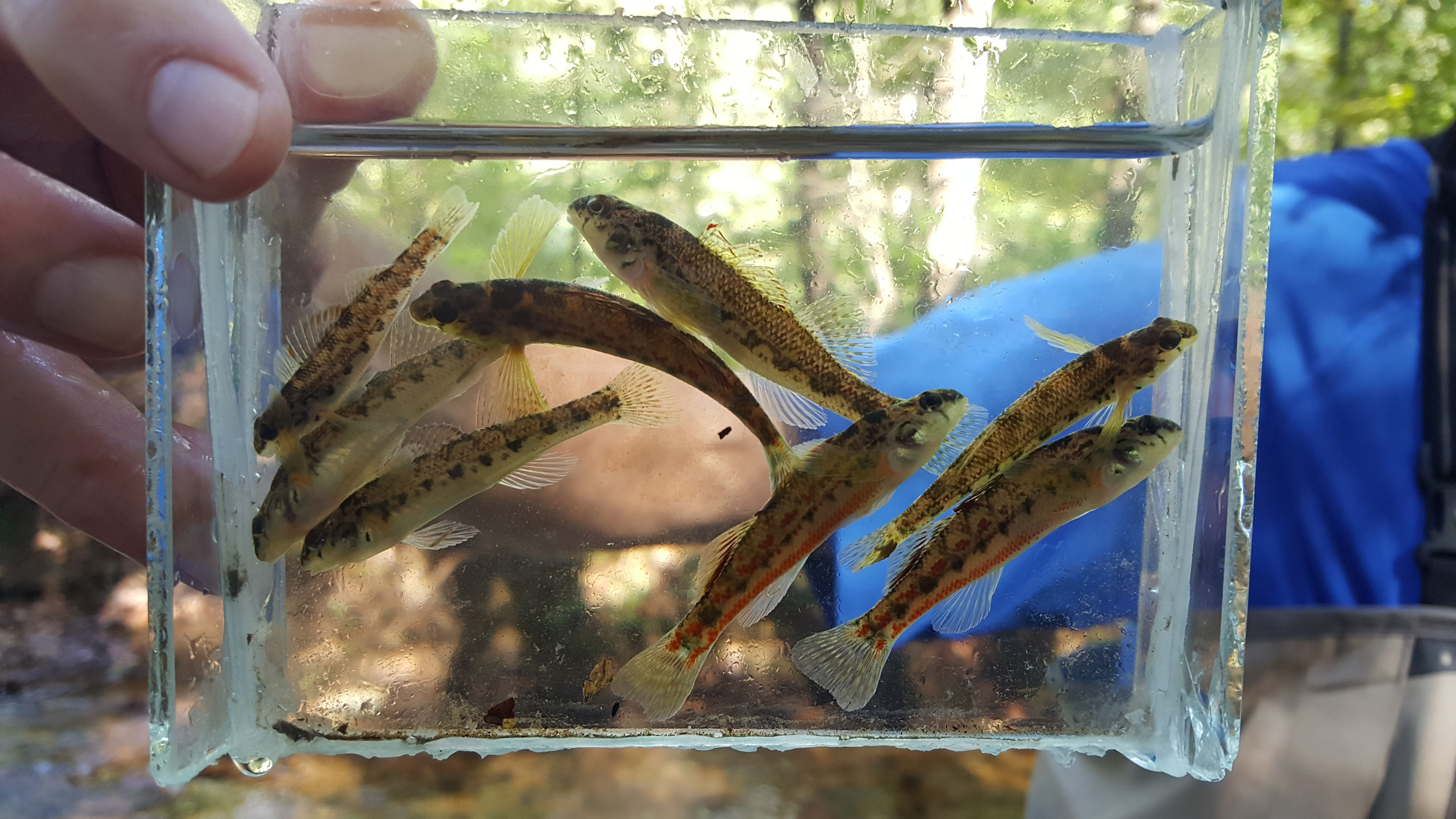 PINSON — A new population of the Vermilion darter, a critically-endangered fish species that is only found in Turkey Creek in Pinson, has been discovered upstream from the site of a 100-year-old dam that was removed in 2013, according to the Freshwater Land Trust, a nonprofit organization in Birmingham. 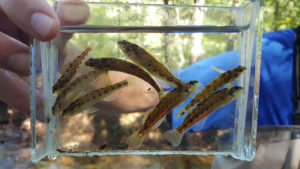 In October the Land Trust and U.S. Fish and Wildlife Service found a population of Vermilion darter upstream from the former dam site, which previously prevented the endangered fish from moving upstream and caused portions of its habitat to fill with silt. The new population indicates the 2013 dam removal improved the darter’s habitat, according to  a release from the organization.

The Vermilion darter, a small, brightly-colored fish, is found only one place in the world: a nine-mile stretch of stream in the Turkey Creek area of north Jefferson County.

Endangered species like the Vermilion darter can be “the canary in the coal mine” when it comes to assessing the health of our ecosystems, said Eric Spadgenske, state coordinator from the Wildlife Service. “The biological diversity that we enjoy in Alabama is a blessing. It should not be taken for granted.”

“Together these conserved lands provide migration corridors for wildlife, including black bears, and intact forest that protects over 30,000 feet of stream full of diverse plants and animals, including the darter,” said Jeffrey Drummond, stewardship director at the Freshwater Land Trust.

Charles Yeager, manager of the area’s popular Turkey Creek Nature Preserve, said that partnerships with organizations like the Freshwater Land Trust and Fish and Wildlife Service are critical to protecting the wider Turkey Creek watershed.

“If we only worked within Turkey Creek Nature Preserve itself, we would never solve the real problems that lie upstream. We would be creating band-aids, not solutions,” said Charles. “Our partners provide resources and unique approaches that make it possible for all of us to make a real impact.”

The Freshwater Land Trust (FLT) is committed to conserving, connecting, and caring for lands and waters in central Alabama, creating dynamic green spaces for future generations, according to the organization.  A 501©(3) nonprofit organization, FLT works in Bibb, Blount, Chilton, Jef­fer­son, Shelby, St. Clair, Walker, and Tuscaloosa coun­ties. Since 1996, FLT has worked to con­serve lands that are crit­i­cal to protecting rivers and streams and that pro­vide recreational opportunities for local communities. Learn more at www.freshwaterlandtrust.org/.