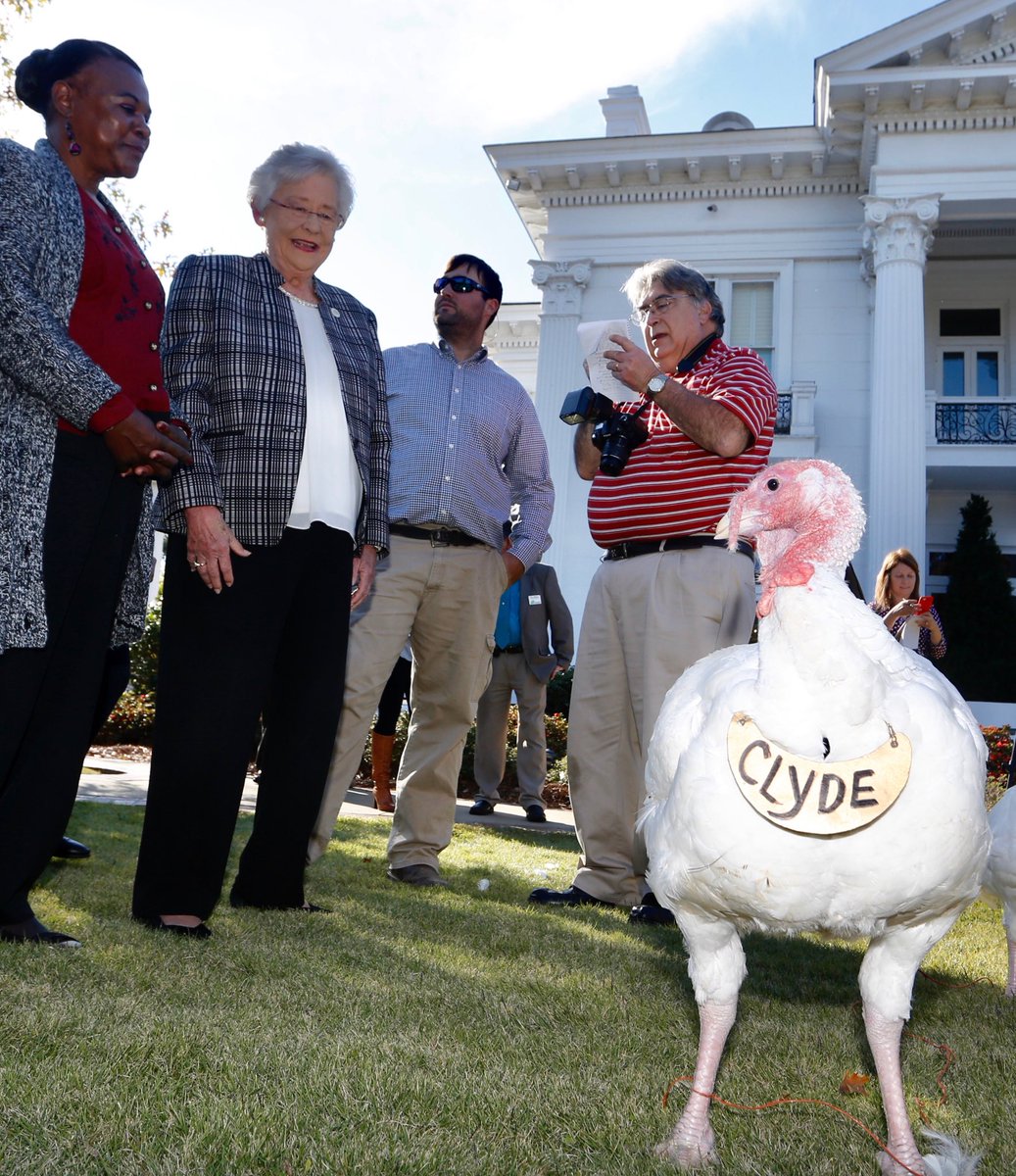 MONTGOMERY — Alabama Governor Kay Ivey has continued a long-running tradition of pardoning a turkey from having to serve as the main course of a Thanksgiving meal Friday at the governor’s mansion.

Gov. Ivey actually pardoned two turkeys, as both Clyde the Turkey and another bird named Henrietta were spared. Gov. Ivey said in a tweet that this was the 68th year the tradition has been carried out.

In preparing for Thanksgiving, Alabama governors have pardoned a turkey each year. On this 68th year, I not only pardoned Clyde the Turkey, but also his feathered friend Henrietta! pic.twitter.com/ec4ifYcSZF