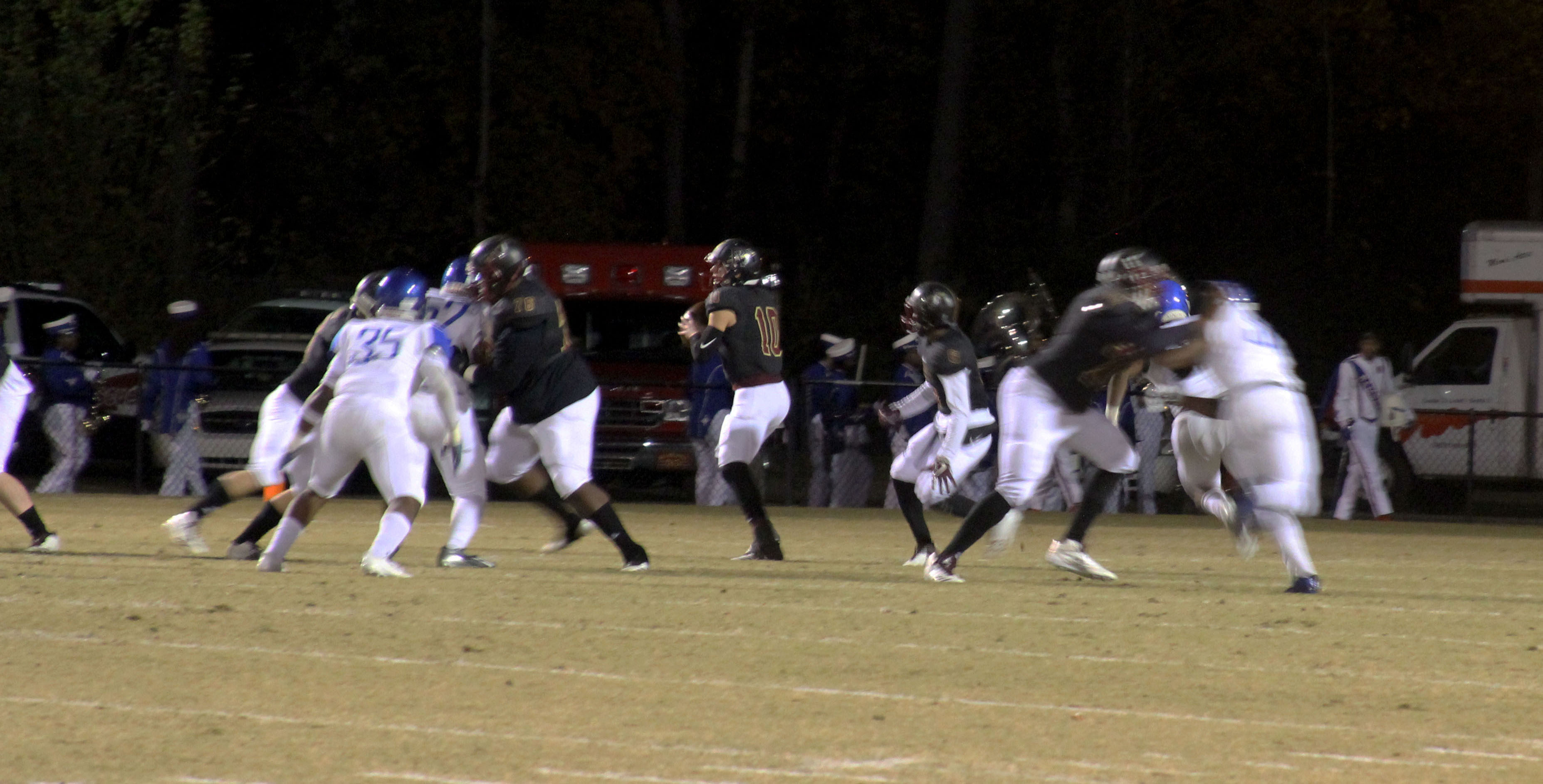 Pinson Valley quarterback Bo Nix looks for an open receiver in the Indians' win over Ramsay Friday night. Photo by J.R. Tidwell / For The Tribune

PINSON — The Pinson Valley Indians defeated the Ramsay Rams 41-13 to advance to the state quarterfinals of the 6A AHSAA playoffs Friday night in Birmingham. 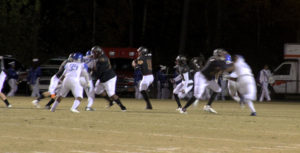 Pinson Valley quarterback Bo Nix looks for an open receiver in the Indians’ win over Ramsay Friday night.
Photo by J.R. Tidwell / For The Tribune

With history and a quarterfinal berth on the line, the Indians were ready to rise up to the occasion.

The scoring started early as quarterback Bo Nix connected with Dilan Henderson on a 10-yard touchdown on the Indians second drive of the game. Nix would continue the hot start by adding a 63-yard touchdown pass to Liallen Dailey on the ensuing drive, putting the Indians out to an early 14-0 lead.

The Pinson defense has played well all season long, and that continued Friday night as they did not allow Ramsay to get any momentum, blanking the Rams in the first half behind stellar play from Desmond Scott, Jackie Matthews, and Joel Parker.

“The defense played great. They have been doing things to put us in a good position all season,” coach Patrick Nix commented after the game.

Aiden Campbell would add a late field goal in the first half to give the Indians a 17-0 lead at halftime.

The second half brought much more of the same, as Pinson continued to put points on the board, this time with Khymel Chaverst scoring from four yards out.

Ramsay would respond, however, on its next drive connecting on a 63-yard touchdown pass  and cutting the Indians lead to 24-7.

As Ramsay looked to mount a comeback, Nix was ready for the challenge by responding right away with a 39-yard touchdown pass to Dailey.

As the offense rose up, the defense did as well. Scott would strip and recover the Ramsay fumble inside the Rams 25-yard line to set up another Campbell field goal extending the Indians lead to 34-7.

Nix would finish his night on a 2-yard touchdown pass to Dailey early in the fourth, the third connection between the two on the night. Nix finished the game with 230 yards and four touchdown passes.

Ramsay would add a late touchdown to bring the final score to 41-13.

“They are a great football team defensively. They get after it,” Coach Nix added. “The offense responded well and I’m happy we got the win and get to move on.”

Pinson Valley will play at Austin next Friday night in the quarterfinals of the AHSAA 6A state playoffs.