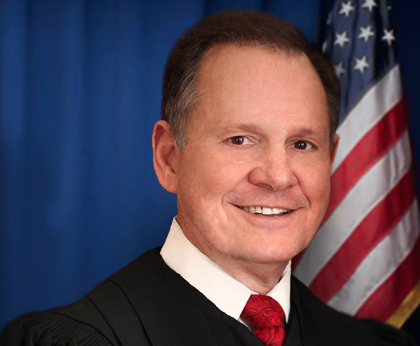 After the event Moore tweeted the following response to Kimmel, accusing the talk-show host of mocking “our Christian values.”

.@jimmykimmel If you want to mock our Christian values, come down here to Alabama and do it man to man. #ALSen https://t.co/E7oQB9D83P

Sounds great Roy – let me know when you get some Christian values and I’ll be there!

Despite D.C. and Hollywood Elites’ bigotry towards southerners, Jimmy, we’ll save you a seat on the front pew.

Kimmel then seemed to accept the challenge while mentioning some attire worn by Moore at a past rally. Kimmel and also said he would be leaving his “daughters at home,” likely in response to a series of allegations of sexual misconduct made against Moore over the past weeks.

Kimmel tweeted late Thursday that his show would include a “showdown and throwdown with the despicable Roy Moore” that night.