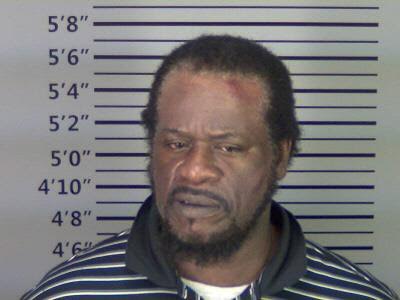 TRUSSVILLE — The Trussville Police Department arrested a Birmingham man Thursday for allegedly Impersonating a Police Officer after stopping a vehicle in the parking lot of First Commercial Bank on South Chalkville Road, according to Detective Mike Bruce with TPD.

The vehicle was adorned with law enforcement markings. However, Trussville police determined the vehicle was registered to an individual, identified as Willie Lee Toney of Birmingham, that showed to have outstanding arrest warrants with the United States Marshall’s Service.

Toney stated he was a law enforcement officer, and that he was armed.

Toney then started walking toward officers and began reaching toward the waistband of his pants.

A struggle ensued, and the suspect was eventually taken into custody.

A .45 caliber handgun was found in the Toney’s waistband where he was reaching.

That firearm had most of the serial number filed off.

There were several replica law-enforcement badges found on the suspect and his vehicle, and the vehicle also was equipped with red and blue flashing lights.

Toney was arrested and charged with Impersonating a Police Officer, Possession of a Pistol by a Violent Felon, Possessing a Firearm with an Altered Identification and Resisting Arrest.  His bond has been set at $33,300.