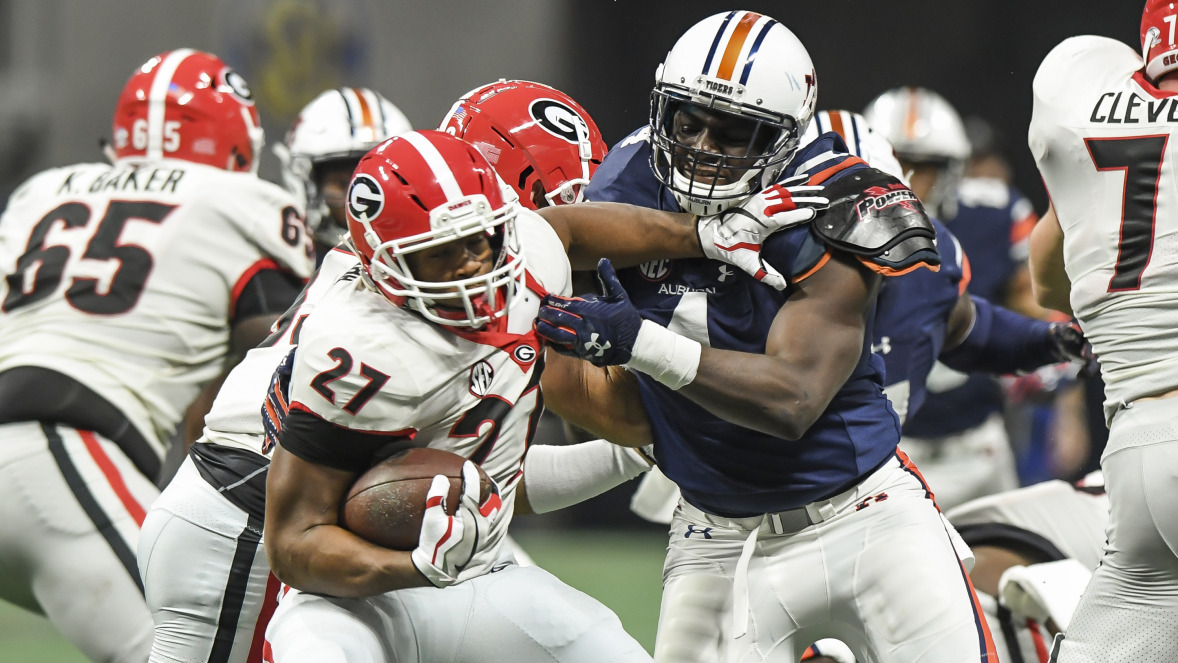 ATLANTA — After twice beating the No. 1 team to claim the SEC Western Division crown, Auburn came up short in the SEC Championship Game, losing to Georgia 28-7 Saturday at Mercedes-Benz Stadium.

Auburn (10-3), which entered at No. 2 in the College Football Playoff rankings, will learn its bowl destination on Sunday.

Trailing by six points going to the fourth quarter, Auburn drove to midfield, but Georgia recovered a fumble and scored four plays later to take a 14-point lead. The Bulldogs added a 64-yard touchdown run for the final score.

On third-and-goal from the 6, Stidham rifled a touchdown pass to a slanting Nate Craig-Myers for a 7-0 Auburn lead.

Stidham completed 16 of 32 passes for 145 yards and a touchdown.

Early in the second quarter, Auburn drove to Georgia’s 14, but Georgia recovered a fumble at the 16. The Bulldogs then drove 84 yards for a tying touchdown, with Fromm finding Isaac Nauta for a 2-yard TD pass.

Auburn began the second half with a promising drive, gaining 52 yards on three consecutive plays, including a 24-yard pass from Stidham to Ryan Davis on third-and-6. Kerryon Johnson gained 15 yards on a quick pitch, then Stidham found Davis again for 13.

The drive stalled at the 14-yard-line, with Georgia blocking a 31-yard field goal attempt. The Bulldogs kicked a 35-yard field goal to lead 13-7 with 1:26 left in the third quarter.

Davis made seven receptions for 65 yards, extending his single-season record to 76.