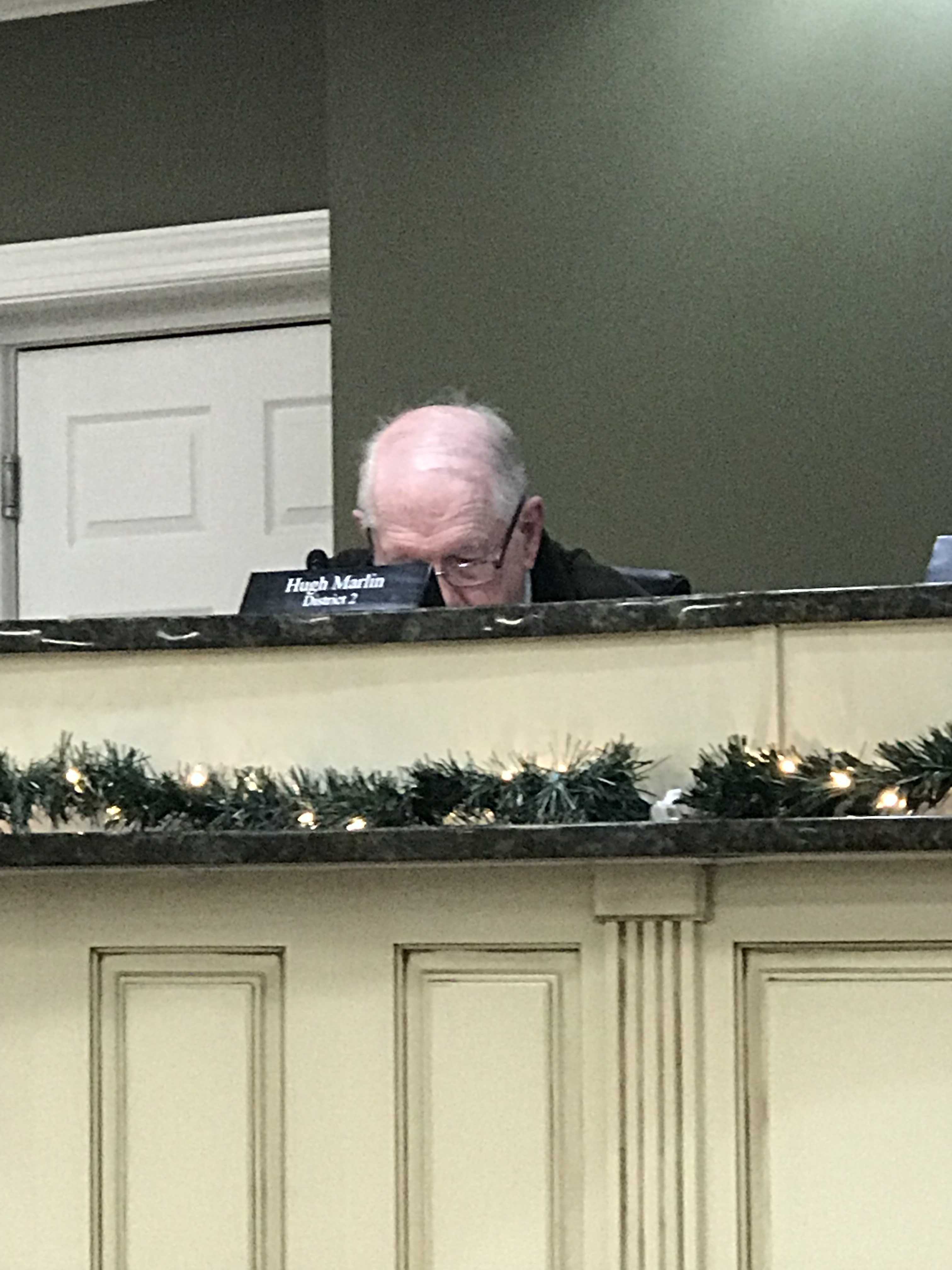 SPRINGVILLE — Monday night, Councilor Hugh Marlin officially read aloud and submitted his resignation to Mayor William Isley Jr. and the Springville City Council. Marlin indicated in his letter that his resignation was because of medical reasons that he was stepping down. 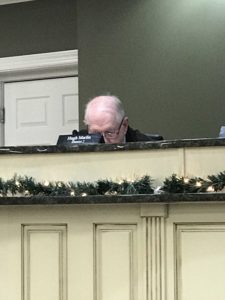 “I’ve had the pleasure of serving on the Council and am proud of all we have accomplished together,” said Marlin.

Mayor Isley responded that the Council did not want to receive that resignation, but accepted reluctantly.

“We do understand Councilor Marlin’s position,” said Isley. “He is going to move to another area of town, outside of Springville, to live for a while and therefore, will not be a citizen of the city.”

Isley recognized Marlon’s service to the community and members of the Council.

“He is a fantastic professional man, great friend and will be sorely missed,” said Isley. “We want to honor him for his years of service.”

The next council meeting, scheduled for Dec. 18, will be Marlin’s last meeting that he will attend as Councilor. The Council will honor him for his years of service after the regular meeting.

“About a month ago, Marlin came to me to announce that due to health concerns and some other reasoning, he needs to effectively submit his resignation to the city council,” said Isley.

“It was somewhat a shock to me at that time. I asked him to work with me to help find someone that would represent his [vacant seat] in District 2, and he has done so the last few weeks.”

“I want to recommend to the Council, as per the Mayor’s deed, my recommendation as the choice to represent District 2 on the city council,” said Isley.

Isley said that he interviewed three people for the position. It was both the Mayor and Councilor Marlin’s recommendations to replace the vacant seat with Chris Bishop.

“Chris meets all the experience requirements that could serve District 2 well,” said Isley.

Isley reassured the Council that he has made unbiased efforts in the last 30 days to help find someone to lead District 2 as a replacement to Marlin’s seat.

Isley reminded the Council that the statute for filling the vacancy is a period of 60 days before it goes to the governor. The Council will have until Feb. 1 to fill the vacancy.

Councilor David Jones asked the Mayor if the Council could go into an executive session similar to the last time they filled a vacant seat. Isley said that he didn’t see it necessary and listed the other three candidates he interviewed for the position, which included Steven Graham, Lynetta Baldwin and Jeremy Cole.

“I don’t think there is any reason for an executive session unless we are to talk about the name and character of some people,” said Isley.

“But to go into an executive session to discuss possible candidates, I am not willing to approach it like we did before because it is not the same circumstances.”

He suggested that the Council go ahead and vote on his recommendation.

A discussion continued by Councilors Herbert Toles and Wayne Tucker on the possibility of going into executive session to discuss further. Isley again argued that the Council was not voting for their district, but were voting as a city council about a candidate for another district.

“If you want to interview that person, ask him right now or don’t vote for him in a minute,” said Isley. “This is the legal way to make the appointment. I am following the legal procedure to make an appointment.

“There is nothing that says that the discussion among the city council, from any district seat is required. Why would we do that. It is about District 2. Its sitting member recommends Chris Bishop.”

Councilor Katrina Hennings made the first motion to replace District 2 with Chris Bishop.

“I agree with Councilor Hennings that he would do a great job,” said Reaves. “I know Chris, and I know his background.”

The mayor called for a vote and received two votes from both Hennings and Reaves. Councilors Jones, Toles, Tucker and Walker voted against Isley’s recommendation.

Disappointed with the Council’s vote, Isley explained what would occur to fill the vacant seat. “Folks, here is what it’s going to be,” said Isley.

“We are about to have Councilors Tucker, Jones, Toles and others provide me with who they think will be a good representative for that district. Then we are going to be asked to go behind closed doors to discuss the name and character of these people.”

The mayor asked to skip all department head reports and asked for a motion to adjourn.

In other matters, the Council: