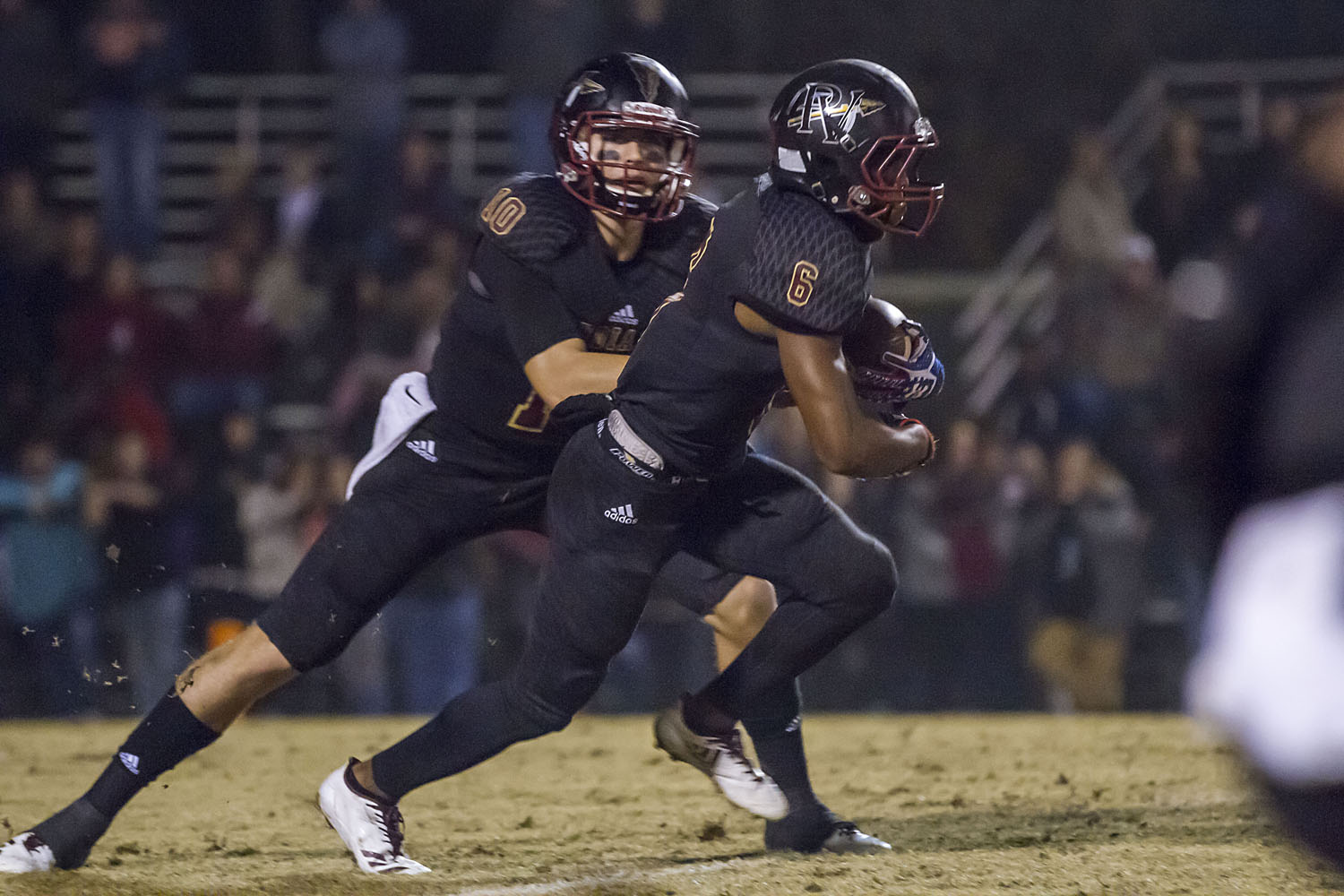 Pinson Valley (14-0) advanced by breaking open a tight game early in the third quarter and stampeding past rival Clay-Chalkville 37-7.

Here are the highlights from the semifinal matchup between Clay and Pinson!

Posted by The Trussville Tribune on Saturday, December 2, 2017

In the Indians’ 48th season of football, they are unbeaten for the first time, and in their first state championship game. Wetumpka (13-1) is also looking for its first title.

Pinson Valley has taken on all comers and some adversity. It beat defending champion Ramsay twice, in the regular season and in the playoffs; it beat archrival Clay-Chalkville twice, by two points in the regular season and handily in the playoff rematch; it outlasted Shades Valley in overtime; it beat No. 1- ranked Austin and the state’s best running back, Asa Martin, 51-50 in the quarterfinals by going for two in overtime; and it survived the six-week absence of quarterback Bo Nix.

It’s done all that with an explosive offense led by Nix, a four-star prospect as a junior, who’s thrown 35 touchdown passes and just two interceptions. He’s had plenty of speedy playmakers around him — LiAllen Dailey, Dilan Henderson, Orion Morris to name three — a powerful fireplug running back in Khymel Chaverst and a change of space speedster in Jay Sharp, and a strong offensive line that’s protected Nix well all season.

Defensively, a rugged middle of the line and a playmaking secondary have been the highlights. Desmond Scott, Zeke Lawrence and Joel Parker have been among the standouts on the defensive front seven, while Jackie Matthews, Rhasaan Christian, Raymond Womack and Jaylun Gulley have been secondary leaders. Dailey has played some defense, too.

Team speed has given Pinson an edge in special teams in the return game. Aidan Campbell has been solid as a place-kicker.

Wetumpka’s band of Indians is a high-scoring bunch that does much of its damage on the ground. Quarterback J.D. Martin racked up 233 rushing in the semifinal win over Hillcrest. Running back Kavosiey Smoke added 149 yards on the ground, 99 of them on a wildcat rush from his 1.

Defensively, Nick Turner and Malik Davis have been playmakers in the secondary.

Coach Tim Perry is in his sixth year at Wetumpka, but he also coached in Arkansas, winning a state title at Central Arkansas Christian School, and before that at Alabama Christian for 14 seasons. His career record is 183-119-1.

HOW THEY STACK UP

* Round 1 Class 6A State Playoffs

* Round 1 Class 6A State Playoffs