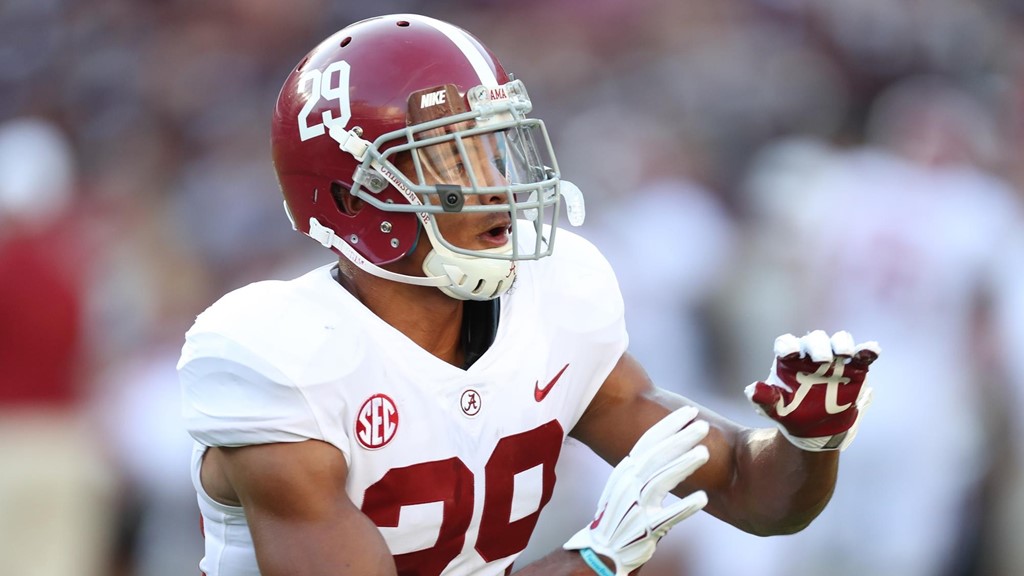 ATLANTA — Alabama junior defensive back Minkah Fitzpatrick was presented with a pair of individual national awards Thursday night at the ESPN Home Depot College Football Awards Show, which took place at the College Football Hall of Fame in Atlanta, Ga.

Fitzpatrick received both the Chuck Bednarik and Jim Thorpe awards on Thursday. The Bednarik recognizes the nation’s top defensive player while the Thorpe is presented annually to college football’s top defensive back. He is the second Tide player to receive both awards. Jonathan Allen was the 2016 Bednarik honoree while Antonio Langham received the Thorpe in 1993.

The Old Bridge, N.J., native joins Michigan’s Charles Woodson (1997) and LSU’s Patrick Peterson (2010) as just the third player to win both the Bednarik and the Thorpe in the same season.

Already regarded as one of the top defensive backs in the nation, Fitzpatrick is the Tide’s fifth-leading tackler with 52 stops this season and has added six tackles for loss, 1.5 sacks, seven pass breakups, three quarterback hurries, one forced fumble and a blocked kick through 12 games in 2017.

Earlier in the day, Fitzpatrick picked up a pair of All-America honors as he earned first-team recognition on both the Walter Camp and Sports Illustrated All-America teams.