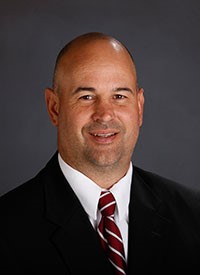 The press conference will be streamed live on UTsports.com and can be heard throughout the state on the Vol Radio Network.

“Six days ago, I mentioned several attributes that I sought to find in the next leader of our football program, and Coach Pruitt meets all criteria,” Fulmer said. “I’m certain he appreciates the unique opportunity to lead a program of Tennessee’s caliber. He’s driven to win at the highest level. He will honor our university’s values, operate with integrity and be a role model for our student-athletes.

“I know Coach Pruitt will hit the ground running and go to work restoring our program to a championship level.”

Pruitt becomes the 26th head coach in Tennessee football history. He takes the helm of the Volunteers program after cementing himself as the nation’s top defensive coordinator during stints at Alabama (2016-17), Georgia (2014-15) and Florida State (2013).

The Rainsville, Alabama, native was part of three national championships (2009, 2011, 2012) on the staff of the Crimson Tide from 2007 to 2012 and was the defensive coordinator during the Seminoles’ undefeated national championship season in 2013. He was a standout high school coach before joining the Alabama staff as the Director of Player Development in 2007. Pruitt played college football at Middle Tennessee and for the Crimson Tide.

The two-time Broyles Award finalist owns a 128-31 record as a collegiate assistant coach and was named the National Recruiter of the Year by 247Sports in 2012.

Pruitt served as the defensive coordinator/inside linebackers coach during his second stint with the Crimson Tide in 2016 and 2017, leading an Alabama team that topped the nation in scoring defense and advanced to the College Football Playoff both seasons.

Prior to his return to Alabama, Pruitt was the defensive coordinator/secondary coach for two seasons at Georgia, guiding the nation’s No. 1 pass defense in 2015 and leading a squad that finished in the top 20 nationally in scoring defense, pass defense and total defense in 2014.

Pruitt’s first defensive coordinator job came at Florida State in 2013 where he also coached the defensive backs. The Seminoles led the nation in scoring defense (12.1 ppg), pass defense (156.6) and interceptions (26) en route to a 14-0 record and the BCS National Championship in his lone season with the Garnet and Gold.

Pruitt served as the defensive backs coach at Alabama from 2010 to 2012, helping the Crimson Tide win back-to-back BCS National Championships in 2011 and 2012.