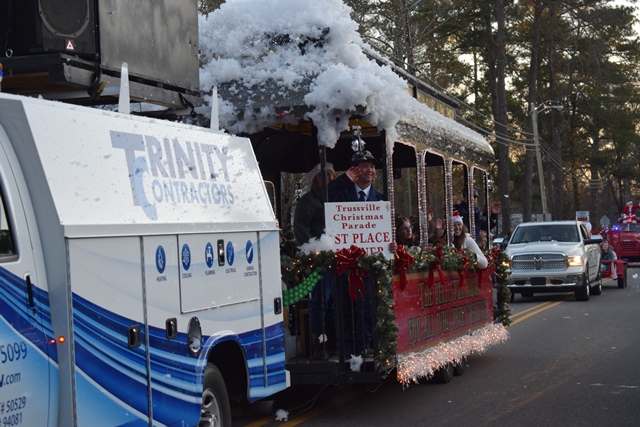 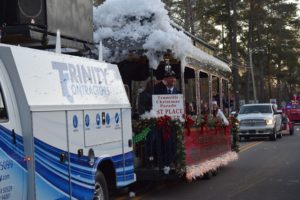 Though snow covered neighborhood lawns throughout Trussville on the eve of the parade, the show did go on in a big way.

The parade was produced by the Trussville Area Chamber of Commerce (TACC), and the presenting sponsor was Amerex Corporation. 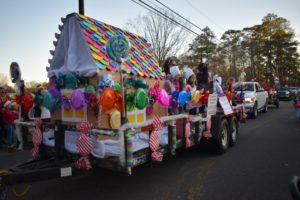 Winners will receive $100, $75, and $50, respectively, and will be recognized at the Chamber’s December luncheon. The float competition was sponsored by Brik Realty.

Not only was the area treated to a rare accumulation of snow of about four-to-six inches the day before the parade, but there was also snow during the parade thanks to a spraying of snow throughout the parade route sponsored by Trussville Gas and Water. 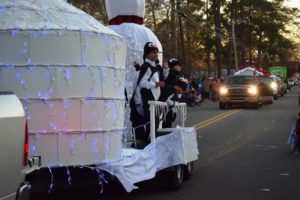 The Zamora Shriners, always a special part of the parade, were again featured. A part of Central Alabama’s Temple of Shriners International, the Zamora Shriners are a Masonic fraternity based on fun, fellowship, and helping children.