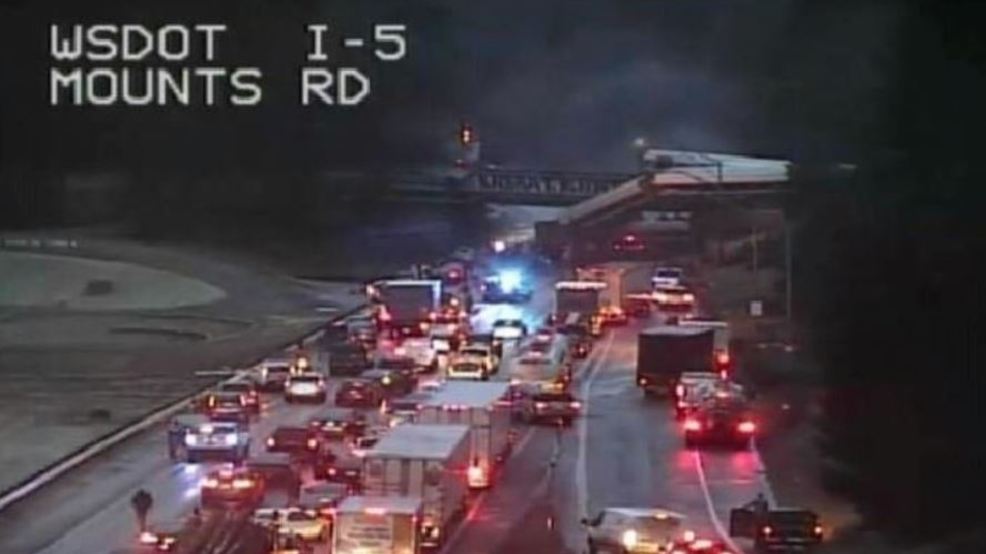 WASHINGTON — An Amtrak passenger train derailed and fell off an overpass blocking a freeway in Pierce County, Washington, Monday morning, according to multiple reports.

The train has closed down all of the southbound lanes of Interstate 5.

Officials with Amtrak said this train, the 501, operates between Seattle and Portland.

Injuries and casualties have been reported by authorities.

This is a developing story.