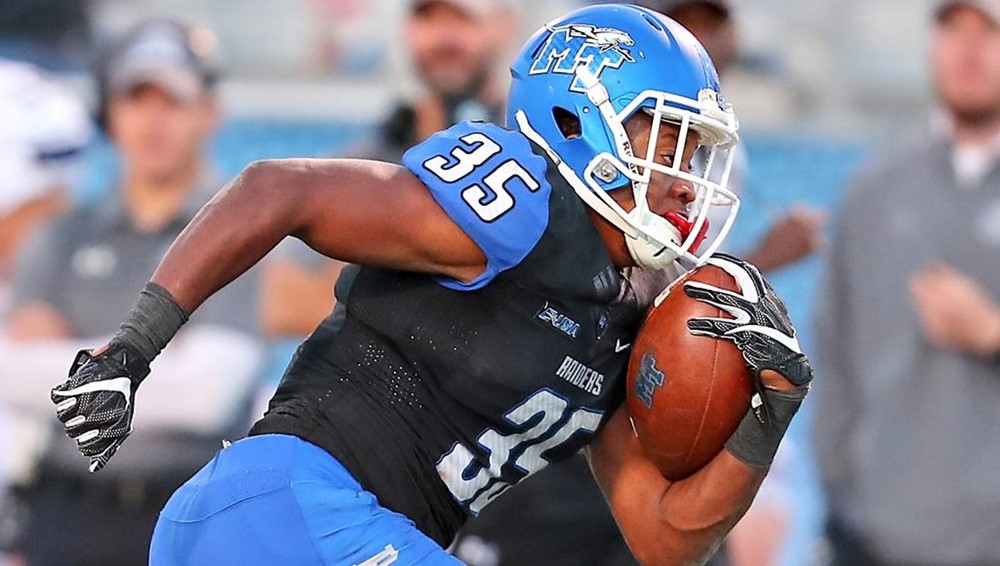 The victory snapped a four-game bowl losing streak for the Blue Raiders (7-6) and pushed their all-time record against their old Sun Belt Conference rival Red Wolves (7-5) to 10-5.

“It was a very hard-fought, competitive game,” MT head coach Rick Stockstill said. “We came into this game and we were the underdog … and that was a little bit of motivation for us.

“This team, the toughness they showed throughout this game and the competitiveness, it was really fun to watch how hard they played and competed. It was just a really, really satisfying and enjoying win.”

The Blue Raiders held a 7-3 lead after the first quarter thanks to a 45-yard rushing score from West, a redshirt sophomore. West and Tavares Thomas were a two-headed attack. West had 65 yards and a TD on 10 carries, while Thomas finished with 49 yards and a TD on 16 attempts.

The Blue Raiders held off a furious rally from Arkansas State, but West had a physical run for a first down in the fourth quarter on a second-and-9.

At Clay, West ended his career as Clay-Chalkville’s all-time leading rusher with 3,530 yards.