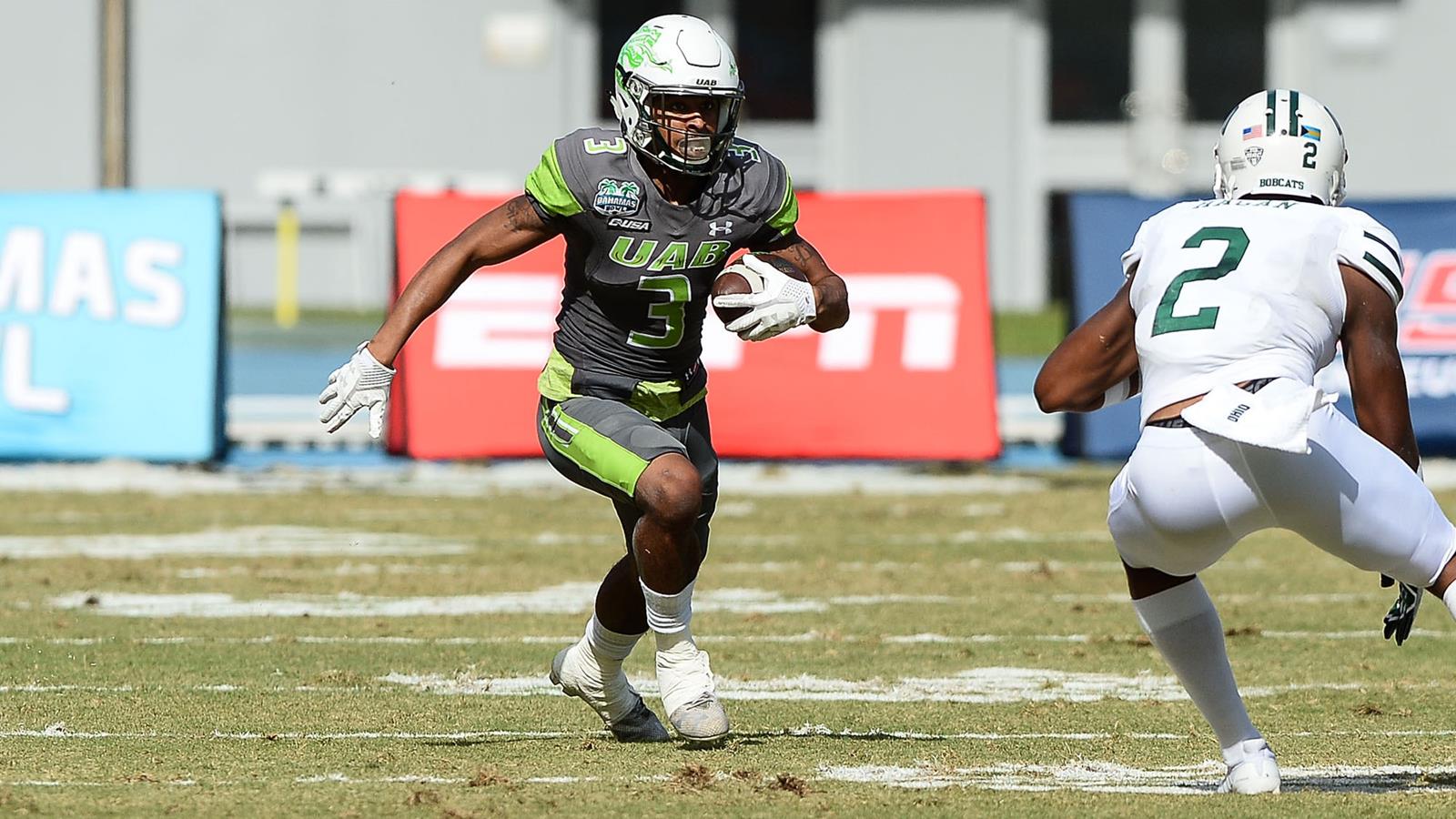 NASSAU, Bahamas – The historic 2017 UAB football season came to an end on Friday afternoon as the Blazers fell to the Ohio Bobcats 41-6 at the Thomas A. Robinson National Stadium.

The Blazers (8-5) capped off their unprecedented return to the gridiron with a program best eight FBS victories and just their second-ever appearance in a bowl game.

Quarterback A.J. Erdely finished the game 24-for-45 for 254, the third time this season that he has thrown for over 200 yards. Andre Wilson led the Blazers with six receptions for 58 yards, while Ronnie Turner Jr. brought down four catches for a career-best 67 yards.

Defensively, Tevin Crews and Anthony Rush finished the contest with seven tackles apiece. Crews finished the season with a team-best 102 tackles, while the seven stops recorded for Rush are a career high. Thomas Johnston matched his career high in tackles with six.

Ohio (9-4) scored the first points of the contest, taking advantage of two costly UAB penalties on its opening drive as Nathan Rourke hit DL Knock from two yards out to take an early 7-0 lead at the 8:41 mark of the first quarter.

The Bobcats scored touchdowns on two of its next three drives as Rourke hit Papi White for a 56-yard score in the first quarter and Dorian Brown back broke outside the tackles and scampered for a 74-yard touchdown to push the Ohio lead to 20-0 early in the second period.

UAB kicker Nick Vogel scored the Blazers’ first points of the ball game in the second quarter as sophomore connected on a 34-yard field goal with 7:28 to play in the half to cut the lead to 20-3.

Ohio’s Brown punched in his second score of the contest with 1:16 remaining in the half as the senior scored from nine yards out to create a 27-3 advantage for the Bobcats heading into the locker room.

UAB found a nice offensive rhythm to open the second quarter, picking up yards in big chunks. The Blazers had a couple of good looks at the end zone, but could not connect and settled for a 25-yard field goal by Vogel to cut the lead to 27-6.

The Bobcats’ offense was funneled through Brown in the second half as the running back accounted for Ohio’s final two touchdowns to finish with four total on the game.

UAB heads into the offseason coming off one of the most historic and memorable seasons in college football and will look towards the 2018 season as the Blazers return 18 starters to next year’s squad.