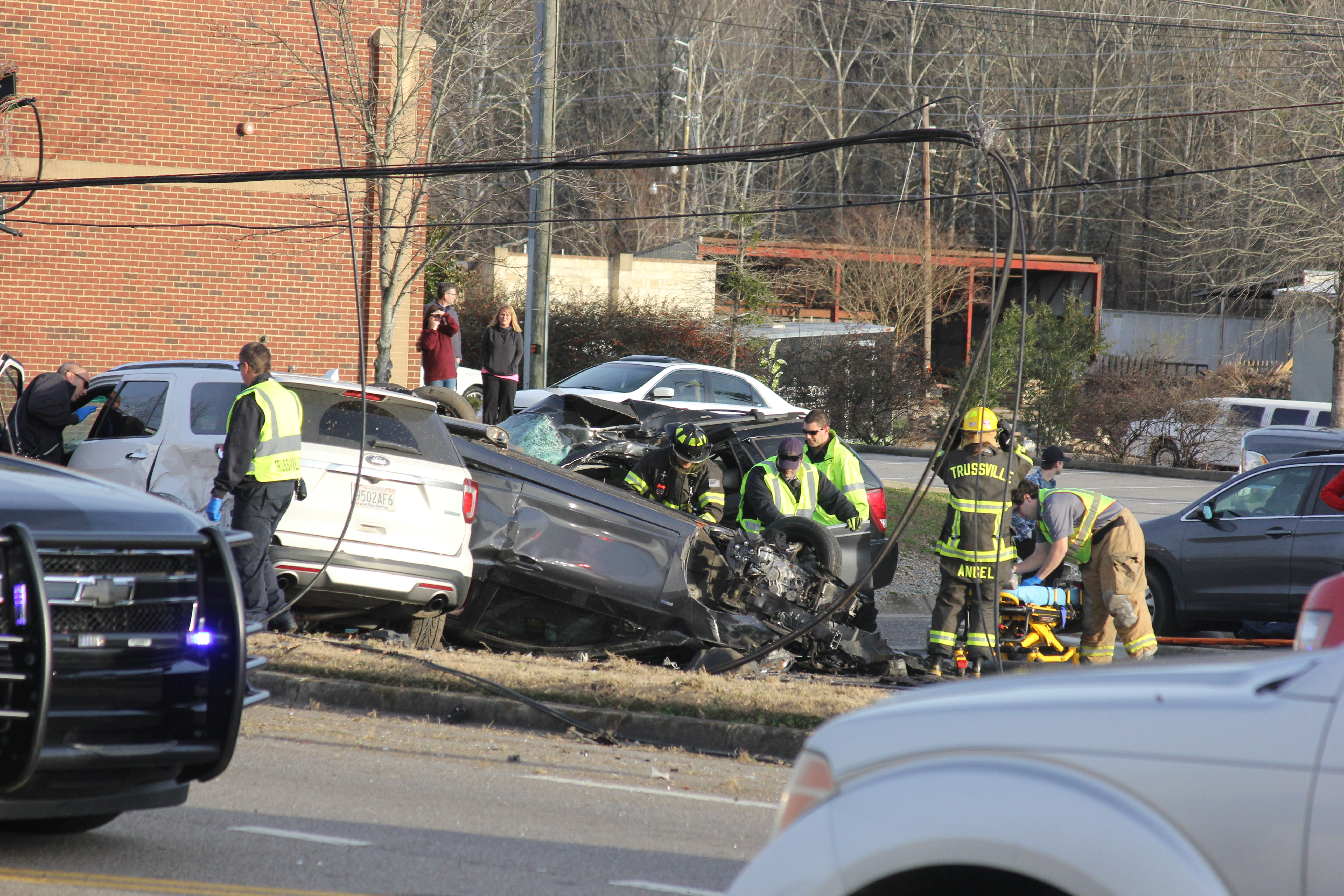 From The Trussville Tribune staff reports.

TRUSSVILLE — Five vehicles were involved in a crash at Regions Bank at 192 Main Street in Trussville Tuesday that left one overturned onto its roof.

Multiple onlookers rushed to the vehicles to provide assistance after the wreck occurred before authorities with Trussville Police Department and Trussville Fire and Rescue arrived on the scene just minutes later.

At least three vehicles ended up in a corner of the Regions Bank parking lot after the crash, including the one that overturned. Debris from the wreck scattered into the street in front of the business.

A utility pole was struck during the incident that has disrupted some power in the area.