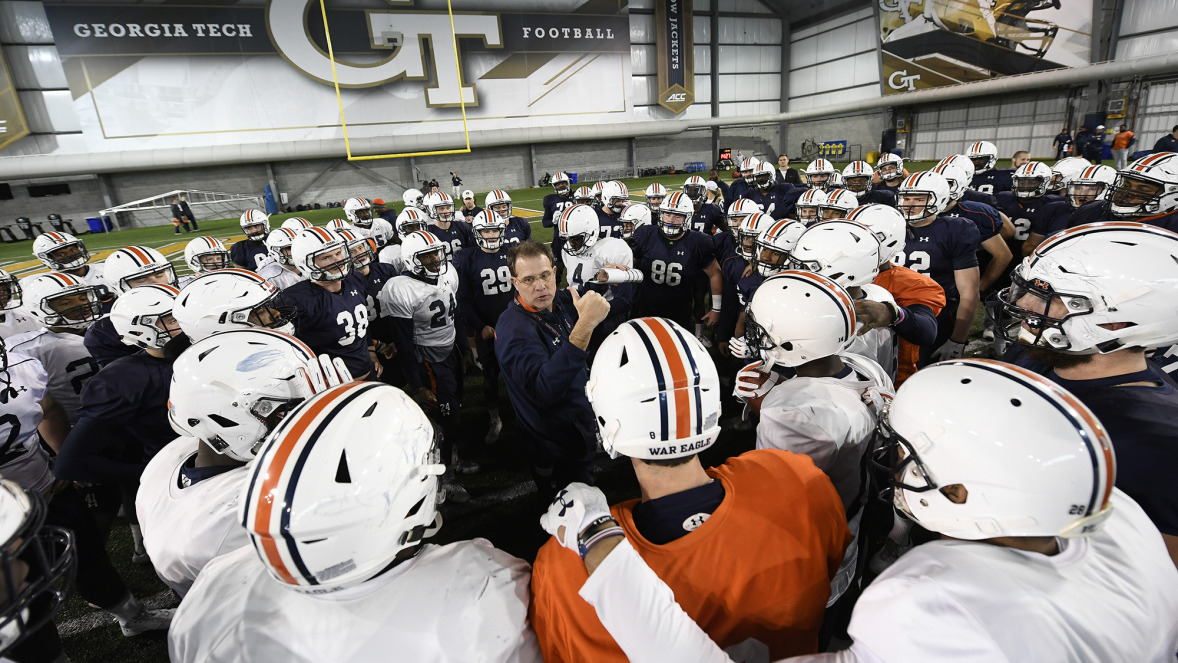 After the 2011 season, his third as Auburn’s offensive coordinator, Malzahn accepted the head coaching position at Arkansas State. Malzahn remained on the plains in December, calling the plays in Auburn’s 43-24 victory over Virginia in the 2011 Chick-fil-A Peach Bowl, before devoting his undivided attention to his new assignment.

“It was a pretty unique experience,” Malzahn said. “It was a great bowl experience. At the time I was the head coach at Arkansas State, and I wanted to finish up and go out the right way as the coordinator. We played pretty well that game against a good Virginia team and got the victory.

“It was just a really good, special feeling to leave on that note. I just remember the next morning, me and Kristi waking up, getting in the car and driving to Arkansas State, and turning that next page.”

Frost, who accepted the head coaching job at his alma mater, Nebraska, on Dec. 2, has multitasked this month, preparing UCF for the bowl while recruiting for the Cornhuskers.

Perhaps Malzahn’s most significant roster development in December is Dontavius Russell’s decision to return in 2018 for his senior season, delaying an NFL career.

“Exciting news,” Malzahn called it. Russell has started every game the past two seasons at defensive tackle.

“He’s one of the best players in our league,” Malzahn said. “He’s got great experience, plays the run extremely well. Rushes the passer extremely well. He’s one of our leaders. He’s on my leadership committee. A high-character young man with a great family. He’s an impact player.”

Golson has started this season at four positions, and played all five.

“Austin is one of our leaders,” Malzahn said. “He’s earned that right. The fact that he’s played every offensive line position, I’ve never heard of that or experienced that, and he played at a high level. I think that says everything about his versatility for the next level. He’s played extremely well for us. He’s very unselfish.

“This group is a very special group. From the standpoint of their leadership, their buy-in. They got us through a very tough time early in the year to middle in the year to help us get to this point, and they deserve a lot of credit. They get the big picture. That’s why this is a very important game for us.”

Just like he did six years ago after the bowl game, Malzahn returned to his native Arkansas last week to visit his parents. Gus and Kristi Malzahn then celebrated Christmas in Auburn with their daughters and sons-in-law, “which was really awesome,” he said.