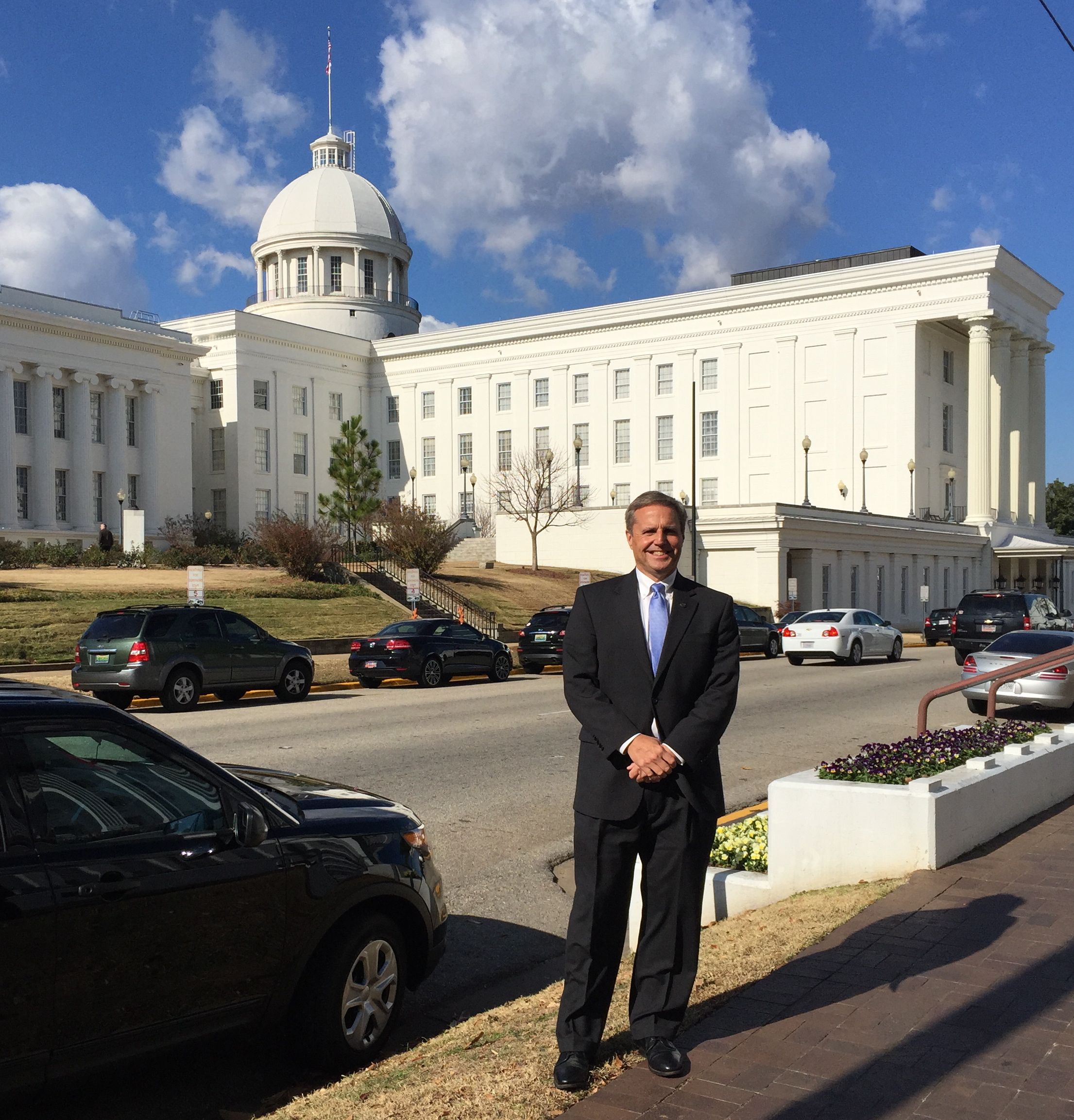 2017 has been one of the most memorable and eventful years in my lifetime. In the past, I have reflected upon the people in House District 44 and in Alabama who have inspired, motivated or encouraged me by their lives during the year.

Many of these people are unsung heroes; they are not seeking recognition or status. Nonetheless, by their words, deeds and actions, several individuals—some whom I have not actually met—impacted me in 2017. I want to share briefly about each of these people and thank them for the influence on me this past year.

PINSON– In 2017, the entire Pinson community rallied behind the Pinson Valley High School football team as the Class 6A Indians won their first ever state championship.

The Indians’ games were exciting to watch. They made some amazing plays and overcame obstacles and the tragic loss of a teammate during their championship run.

Leading the charge was new Head Coach Patrick Nix. Coach Nix certainly proved he is an excellent football coach; but more importantly, Coach Nix demonstrated that he is an outstanding person and a tremendous role model.

A man of character and faith, Coach Nix impacted not only his football players, but also the entire high school and Pinson community. His impact on some of his players will be eternal.  Coach Nix is an example of someone “talking the talk and walking the walk”, and he has inspired me to try and do the same.

CLAY – Like others, I lost friends and acquaintances to cancer in 2017, and I know others who began battling this terrible disease during the year. The journey that cancer victims and their families travel—even when the prognosis is good—is extremely difficult.

Davy Campbell is a two-time cancer survivor who received his first diagnosis in 2004. In 2006, after completing chemotherapy following a re-occurrence of cancer, he published a book entitled “A Place I Didn’t Want to Go—My Victory Over Cancer”.

A strong Christian, Davy wanted to share how he found hope and strength during his struggle with cancer. He has gone on to write three books, the latest based upon Romans Chapter 12 and not dealing with his illness entitled “Bullet Points: Absolute Essentials for Facing a Fallen World”.

Davy’s victory over cancer and his desire to encourage others facing health and other difficulties is a help and blessing to all of us who have been touched by this awful disease.

TRUSSVILLE – In July, a tragic automobile accident took the life of a sweet, sassy, beautiful little six-year old girl named Maggie Bowles. In all my years, I have never witnessed anything like the coming together of a community to love, grieve, support and remember someone who had passed away.

Anybody who knew Maggie was aware of how special she was. Those of us who never met her came to know her through Facebook videos, pictures and posts that displayed he uniqueness and the blessing of this dear child.

We learned about “Maggie’s Rules”, which if we all followed, would make the world a better place. These rules are now permanently displayed—in Maggie’s handwriting—in a park dedicated to her memory in the Stockton community.

Maggie’s parents, Shawn and Kelly, have been unbelievable inspirations to an entire city and beyond as they have shared honestly and with raw emotion about how they cope daily with their loss. Precious Maggie continues to impact the lives of people who hear her story.

Recently, a senior adult – who did not know Maggie- told me that she had felt for some time that she was “too old to do anything meaningful”. However, because of Maggie, she had been rejuvenated and motivated to serve others.

She is now once again active in her church and looking for ways to help and encourage others. Maggie inspires all of us to live life to the fullest and to make a difference. The number of lives she has impacted continues to grow, and her memory and influence in our community live on.

In December 2014, the University of Alabama at Birmingham (UAB) football program was discontinued, and the team was disbanded. The events leading up to the decision to terminate the program were traumatic, and several local athletes were affected by the decision.

Following the discontinuation of the football program, thousand of individuals in the metro Birmingham area and throughout the state joined UAB alumni and community leaders to persuade the University to reestablish the program.

The group convinced Bill Clark to remain as head coach, and in 2017, UAB resumed playing football. The team enjoyed first-class new facilities, and fans turned out in record numbers to see the Blazers play. Amazingly, the team finished with an 8-5 record and earned an invitation to the Bahamas Bowl.

Coach Clark’s leadership, tenacity and class during the football program’s demise and resurgence is truly inspiring. Coach Clark is not only an outstanding leader; he epitomizes servant leadership.

The state of Alabama, unfortunately, has a long history of embarrassing political scandal. Governor Robert Bentley’s second term is near the top – if not at the top – of Alabama’s political Hall of Shame. For three years, Bentley’s saga was fodder for state and national media.

Many innocent people were hurt by the scandal, no one more so than first lady Dianne Bentley.  After divorcing the Governor, Mrs. Bentley retreated quietly away from public life. Fortunately, however, Mrs. Bentley determined that she still had work to do.

She reemerged in 2017 to continue her quest to address domestic violence and the needs of battered women, a work she had begun while serving as first lady. The class, graciousness and sincerity she has displayed has been remarkable. She epitomizes the “Steel Magnolia” who has the determination and grit to succeed. Mrs. Bentley is an example of how to persevere no matter the circumstances. Her dignity and grace has been incredible and inspiring.

For many years, “Dancing With the Stars” has been one of the most popular television shows in the United States. In 2017, a 23-year old Trussville native, Jordan Fisher, was absolutely amazing as he danced all the way to the finals before winning the competition.

Not only in Trussville, but throughout the Birmingham area and the state, people rooted for their local favorite – who was undeniably the best dancer in the competition.

Jordan became interested in acting in the fifth grade as a student at Paine Elementary after being cast (by my brother, Don) in a production of “School House Rock, Jr”. He then joined the Red Mountain Theatre Company, where he was spotted by a talent scout.

Since moving to California, he has quickly become a recording, television, movie and musical star. Jordan definitely has the “IT” factor, and he has made his hometown and state proud. He is a wonderful ambassador for the State of Alabama.

As we begin 2018, Carol and I wish all of you a Blessed, Happy, Healthy and Prosperous New Year! The 2018 Alabama Legislative Session begins on January 9, and I would like to hear from you if you have concerns or questions. It is a privilege and an honor to serve as your state representative!