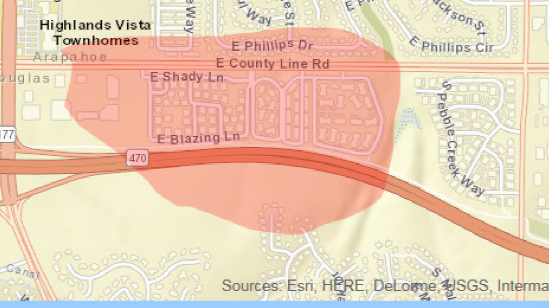 DOUGLAS COUNTY, Colorado –Five deputies have been shot and one is dead, according to the Douglas County Sheriff’s Office. Two civilians have also been wounded by the suspect.

The Douglas County Sheriff’s Office reported earlier that multiple deputies were down after a shooting that occurred when officers responded to a domestic violence call.

“Early this morning at approximately 5:13 a.m., the Douglas County Sheriff’s Office responded to a domestic disturbance at the Copper Canyon Apartments, located on County Line Rd, between Colorado Blvd and University Blvd,” according to a statement from the sheriff’s office via social media. “During the investigation, shots were fired and multiple deputies were injured. At this time we do not have any further information on the status of the deputies involved. We do not have any information on civilian casualties at this time. The scene remains active please avoid the area.”

The sheriff’s office said a code red was issued for the affected area. Anyone located within the affected was urged to shelter in place and avoid windows and exterior walls.