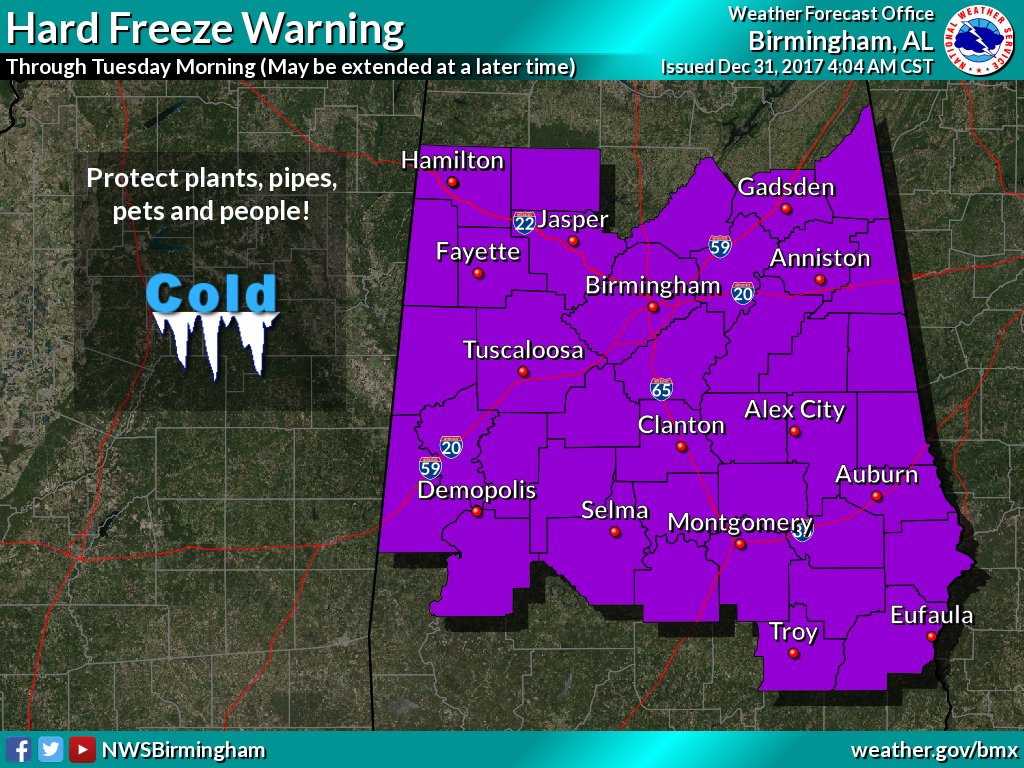 BIRMINGHAM — The National Weather Service in Birmingham has issued a hard freeze warning for all of Central Alabama from midnight tonight through noon on Tuesday.

A hard freeze watch will then be in effect from Tuesday afternoon through Thursday morning.

According to the NWS a very cold air mass will work into Central Alabama Sunday afternoon. This air mass will bring bitterly cold temperatures to the area for several days, with low temperatures falling into the low teens to near 20 degrees several mornings.

Some areas may even see single digits on Tuesday and Wednesday mornings, especially across the northern half of the area.

A hard freeze warning means very cold temperatures are imminent or highly likely. These conditions could be hazardous to property, pets, and plants.

Jefferson and St. Clair will also be under a wind chill advisory from early Monday morning to Tuesday morning, with wind chill values possibly dropping to zero or below.