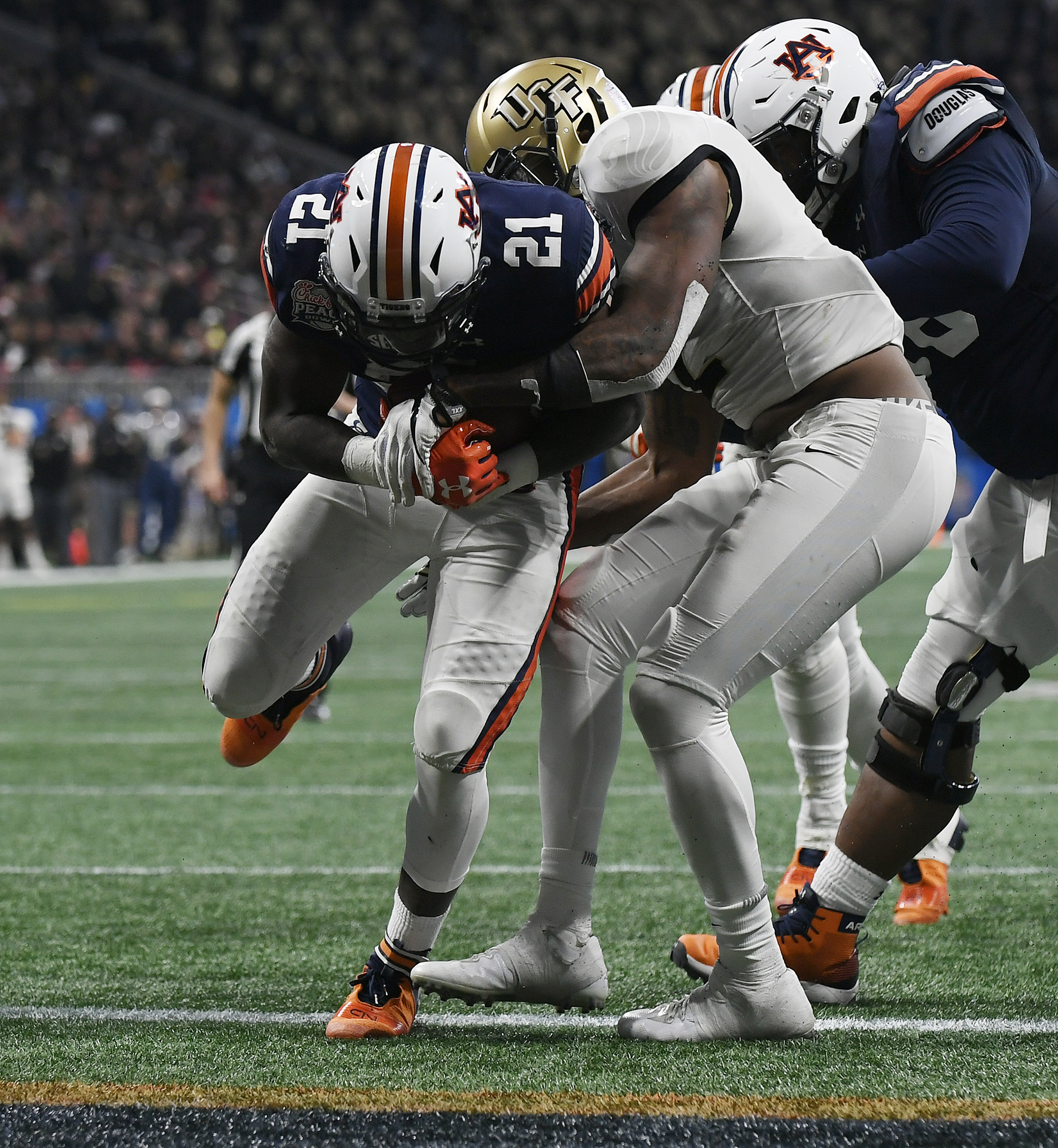 Auburn’s bid to win 11 games came up short Monday as the Tigers dropped a 34-27 decision to UCF in the Chick-fil-A Peach Bowl.

“I am proud of our team,” Auburn coach Gus Malzahn said. “They fought back in the second half. And hats off to their quarterback. He made a lot of plays in the second half with his feet and he threw the ball very accurately.” 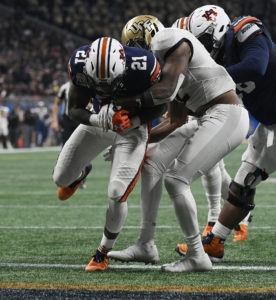 After falling behind 13-6 in the first half, the Tigers scored two quick touchdowns in the second half to take back the lead. It began with a 72-yard kickoff return from Noah Igbinoghene that got the crowd at Mercedes-Benz Stadium back in it. Then two plays later, Jarrett Stidhamconnected with Will Hastings for 26 yards and a touchdown to tie the game.

Hastings finished with six receptions for 117 yards, both career highs.

The next time Auburn got the ball, the offense went 82 yards on 10 plays and scored on a four-yard touchdown run from Kerryon Johnson. It was Johnson’s 18th rushing touchdown of the season and his 20th touchdown overall.

Johnson, who finished with 71 yards rushing on 22 carries, passed Stacy Danley for 11th on the Auburn career rushing list.

UCF responded with back-to-back touchdowns, but Auburn defensive tackle Derrick Brown kept the Tigers in it when he blocked a 23-yard field goal to keep it a one-possession game with just less than seven minutes remaining.

Even after Stidham threw an interception that was returned for a touchdown on the following drive, the sophomore quarterback responded with an impressive six-play, 89-yard drive that made it a one-possession game once again. Eli Stove capped the drive with a seven-yard touchdown run, but Stidham completed three straight passes to Hastings for 61 yards.

Ultimately, Auburn’s comeback bid fell short. The Tigers got down to the UCF 21-yard line with a chance to tie the game, but Stidham’s last-gasp attempt was intercepted in the end zone.

It was a disappointing end to a season that included 10 wins, wins over Alabama and Georgia, and a division title. It was also the final game for a group of 19 seniors that left their mark both on and off the field during their time at Auburn.

“Big picture, overall, we won the SEC West, which I think is the toughest division in college football,” Malzahn said. “Obviously, the way we finished against Georgia (in the SEC championship game) was disappointing, but they’re a very good football team. And today we’re disappointed, but you’ve got to give them credit.

“But I’ll say this, the future is still very bright. These seniors set the foundation for us moving forward.”

Greg Ostendorf is a Senior Writer for AuburnTigers.com.