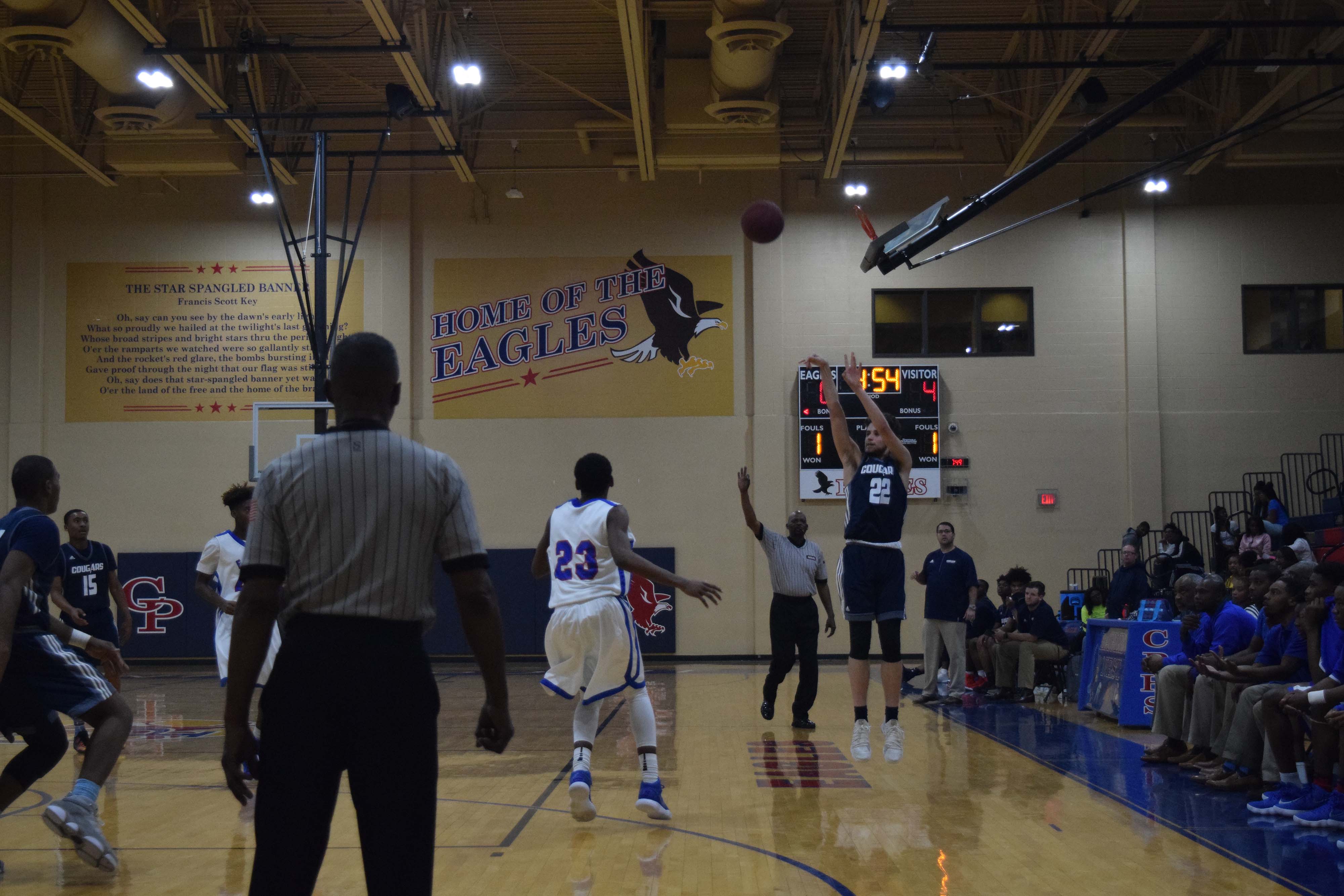 CENTER POINT — The Clay-Chalkville Cougars varsity boys basketball team defeated the Center Point Eagles by a score of 47-40 Tuesday night. The Cougars took advantage of Center Point miscues, and a spray of outside scoring from multiple players allowed the Cougars to secure and hold onto the lead. 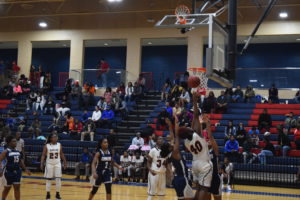 Photos by Thomas Barrett / For The Tribune

Center Point at times struggled to move the ball around the arc and get inside of the Cougar defense, while the Cougars seemed to make the necessary adjustments at halftime to penetrate what had up to that moment been a stout Eagle front.

Free-throw shooting also played a large part in deciding this physical game, as Center Point struggled to score from the charity stripe and Clay-Chalkville efficiently buried theirs.

In the varsity girls’ game Clay-Chalkville fell to Center Point by a score of 49-40. The Eagles’ high-pressure defense and scoring performances from senior captains Alandra Calhoun and ShiCoriya Orr, who scored 16 and 10 points respectively, lifted the Eagles to a victory.

The Cougars, while perhaps more balanced on the offensive side, came up short against the more aggressive Eagles.