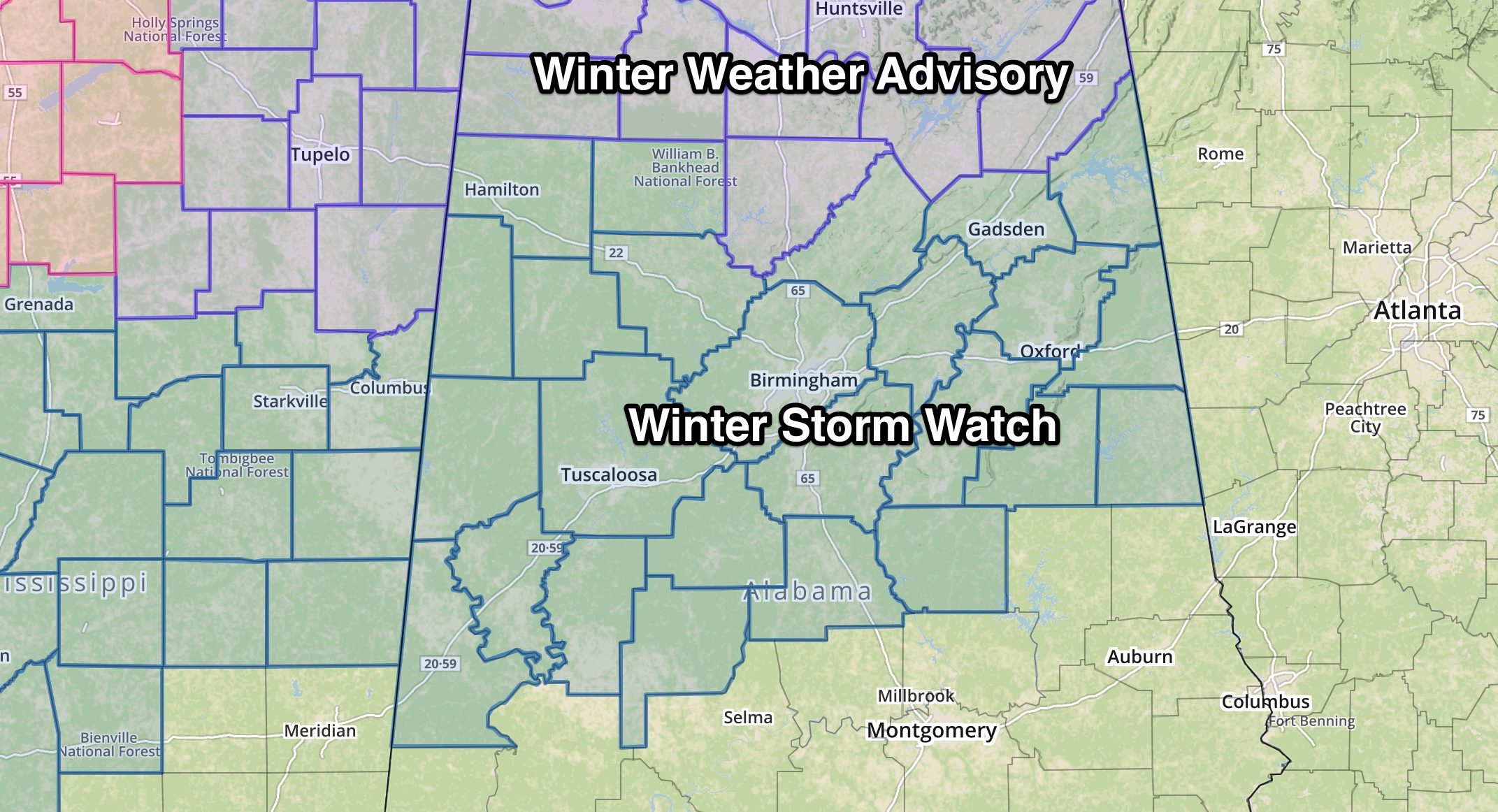 “Expect impacts to travel as snowfall melts on roads, then refreezes as temperatures drop into the 20s,” the NWS stated in their Monday afternoon press release.

James Spann of AlabamaWX.com has compared Tuesday’s set-up to the “Snowmageddon” event of Jan. 28, 2014.

“Despite the light amount of snow, temperatures will drop into the 20s during the day tomorrow, and snow will initially melt on road surfaces, followed by a quick freeze, leaving a glaze of ice. This will make for rapidly deteriorating driving conditions soon after the snow begins, Spann reported.

“This time it won’t be quite as cold, and we won’t get quite as much snow (most likely), but the impact could be similar. Once the snow begins to fall tomorrow, be in a place where you want to stay for 24-48 hours.

“Snow could reach Birmingham, Tuscaloosa, Anniston, and Gadsden as early as late morning (10 am-12 noon).”

According to the National Weather Service in Birmingham, snow may bring significant impacts to much of central Alabama on Tuesday morning through early Wednesday morning.

The NWS has placed most of central Alabama, including the counties of Jefferson, St. Clair, and Blount under a winter storm watch from Tuesday morning through early Wednesday morning. 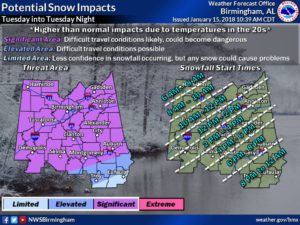 Snow is expected to begin in the far northwestern part of the state around 10 a.m. on Tuesday morning and should reach the metro Birmingham area Tuesday afternoon.

Though snowfall amounts are expected to remain less than 2 inches, impacts to travel could be significant due to temperatures falling into the 20s as the snow occurs.

Temperatures are not expected to rise above freezing on Wednesday.

An Arctic cold front will enter Northwest Alabama Tuesday morning and move southeastward across Central Alabama Tuesday afternoon into Tuesday night. This front should have enough moisture and lift to generate a band of light to moderate snow, which could potentially affect all of our forecast area.

Currently the best chance for accumulating snowfall appears to be along and north of a line from Demopolis to Clanton to Wedowee. Though snowfall amounts are expected to remain less than 2 inches, impacts to travel could be significant due to temperatures falling into the 20s as the snow occurs. 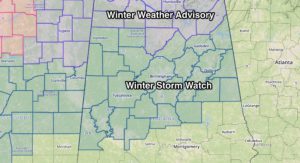