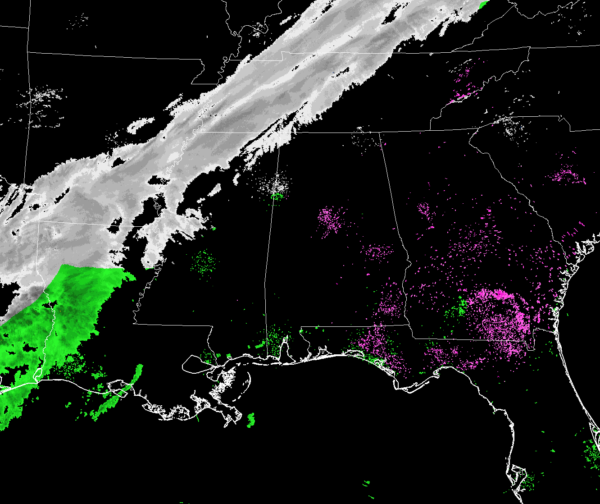 TRUSSVILLE –A band of snow has entered the northwest corner of the state of Alabama as of 5:40 a.m. The band is producing a little more snow than originally expected. Accumulations could be above the earlier anticipated 1 inch mark. Some areas of the state could see up to 4 inches.

The snow should reach the Tribune area around noon. 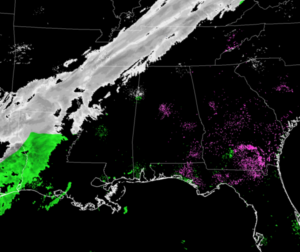 Temperatures in the Trussville area are at the freezing mark at 32 degrees, according to the National Weather Service in Birmingham. The high for Tuesday is expected to be 33.

The forecast for snow across of much of north central Alabama is still on track, Alabamawx.com. All 67 counties in the state are under a winter weather advisory.

As the snow moves across the state from the northwest to the southeast, significant icing issues are anticipated which will cause hazardous driving conditions. Trussville police have urged motorists to stay off of the roads when the snow begins.

Wind chills will produce bitterly cold temperatures this afternoon and into tonight. Lows of 10 degrees and below are expected. Wednesday will not represent much of a warm-up with temps remaining below freezing throughout the day.

All schools in the Tribune area are closed on Tuesday. This includes Trussville City as well as Jefferson, St. Clair, and Blount county schools.

Trussville city facilities are also closed. The Pinson-Clay Chamber of Commerce luncheon has also been canceled.