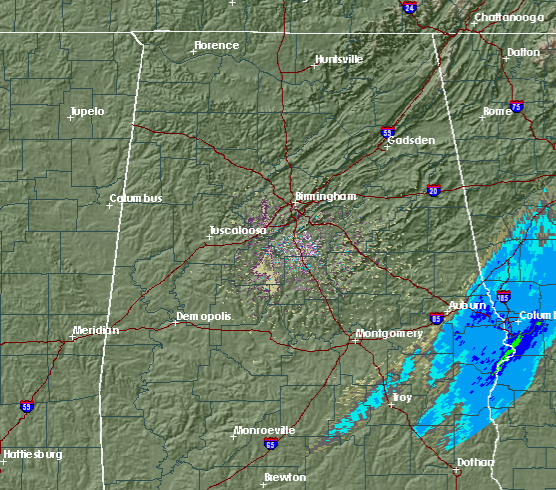 TRUSSVILLE –As of 6:30 a.m., the current temperature is 9 degrees, -7 with the wind chill, according to the Narional Weather Service in Birmingham. We will remain under a hard freeze warning until Thursday morning.

The Trussville Police Department reported that all roads are passable within the city limits.

Across the metro Birmingham area, the Alabama Law Enforcement Agency  reported that the Interstates are in good shape, but some secondary roads remain hazardous.

“Please continue to use caution if you absolutely must travel,” ALEA said via social media on Wednesday morning. “It’s important to know that some (Birmingham) areas throughout the metro area received more snowfall than others.”

Trussville City Schools will be closed on Wednesday, a decision that came after originally announcing that schools would open after a two hour delay.