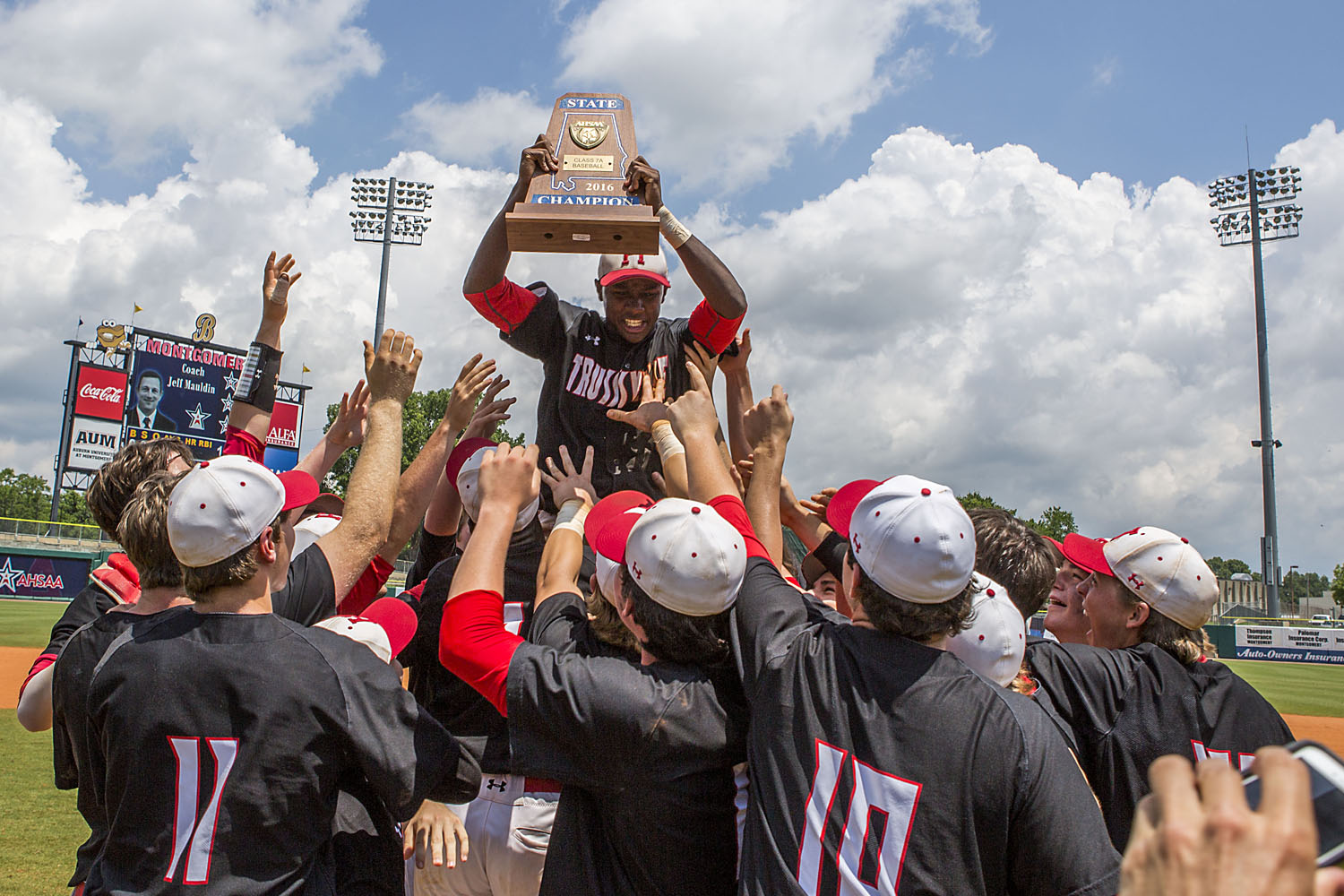 A parade is planned for Monday evening to celebrate the Huskies' state champions. Photo by Ron Burkett/The Trussville Tribune

Niche ranks Hewitt-Trussville as the No. 2 best high school for athletes in Alabama

TRUSSVILLE –Hewitt-Trussville High School ranks as the No. 2 high school in Alabama for athletes, according to the Niche.com website.

The ranking is is based on a number of factors, including student and parent surveys which accounts for 55 percent of the score.

The Huskies have indeed made a lot of noise athletically and academically in the last several years.

On the athletic front, the Huskies baseball program has played for two state championships in the last five years under head coach Jeff Mauldin. The 2013 season, Mauldin’s first, produced a 2nd place runner-up finish while the 2016 team claimed the state championship over Auburn High School.

The football Huskies just completed their second consecutive perfect regular season under Josh Floyd and the Lady Huskies basketball team, led by head coach Tonya Hunter, is currently ranked No. 4 in the state by the Alabama Sports Writers Association.