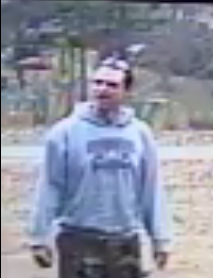 JEFFERSON COUNTY — Detectives with the Jefferson County Sheriff’s Office are asking for public assistance in identifying a man who allegedly broke into a Forestdale church and stole a television, according to the department. 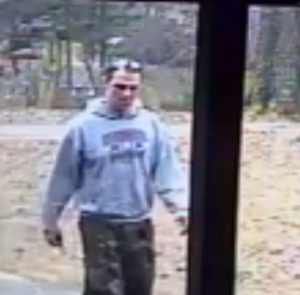 On Jan. 8, 2018, deputies were called to First United Presbyterian Church in the 1300 block of Tomahawk Drive in Forestdale to investigate a report of a burglary. It was reported that, between Jan. 7 and Jan. 8, someone had broken into the church and stolen a 48” Samsung television.

Detectives investigating the case obtained surveillance images that show a white male suspect and a small silver four-door car driven by a blonde female near the church during the time the burglary was committed. Images were also obtained that show the male suspect from a distance carrying the television out of the church. 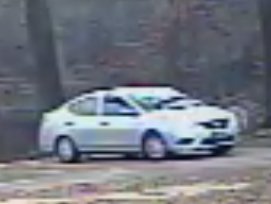