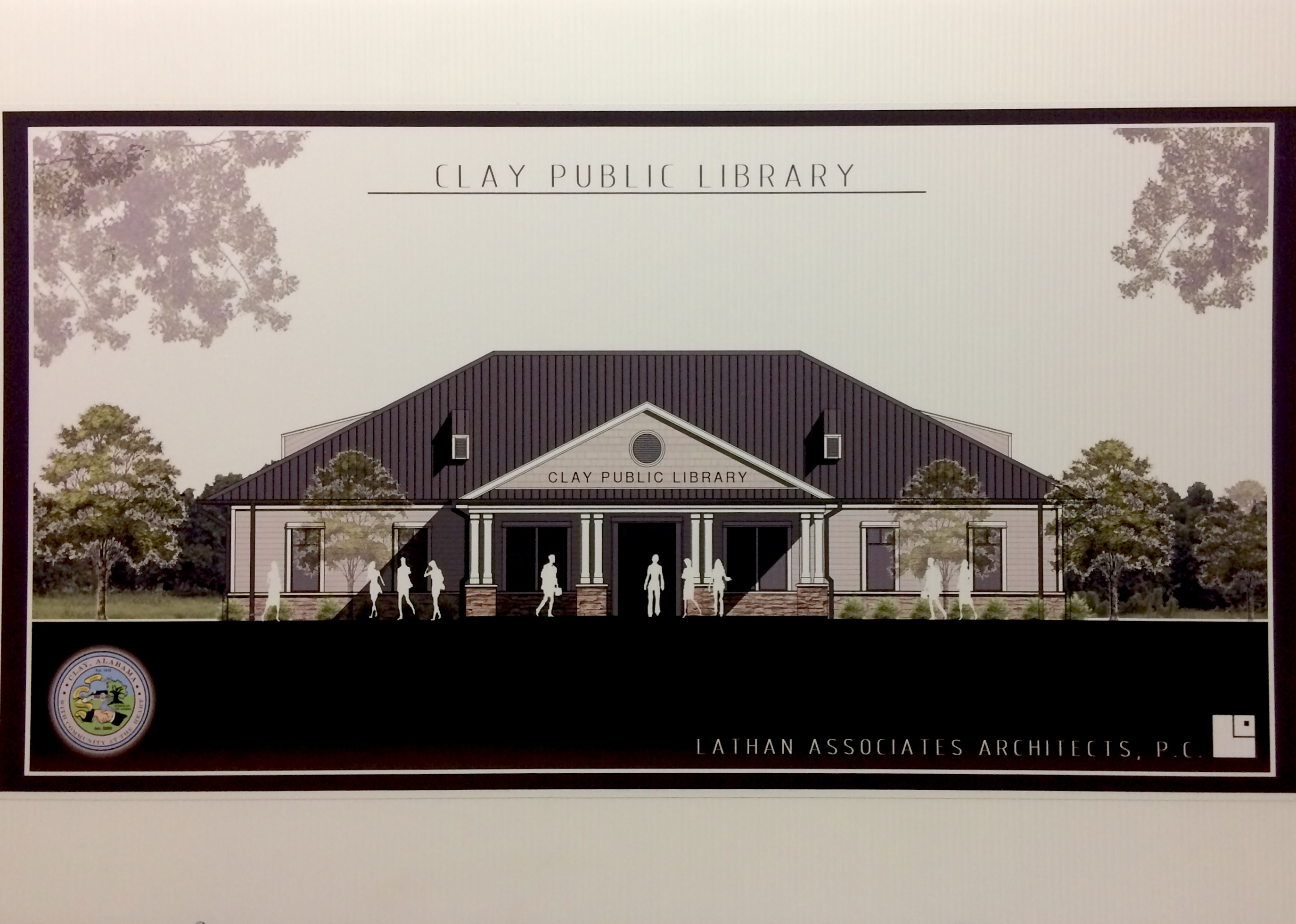 Due to last week’s winter weather, the ceremonial groundbreaking for the new library by Clay Elementary has been rescheduled for Thursday, Jan. 25, at 4:15 p.m. Photo by Crystal McGough / For The Tribune

The Clay City Council unanimously passed Resolution 2018-01 at its regular council meeting Tuesday, declaring moral support for a program known as Be The Change Venture Alabama to work with the city’s youth. Be The Change Venture is a national non-profit organization that works to equip students to be leaders in their communities and successful in the workforce.

Clay-Chalkville alum Christian Crawford, who is president of the Student Government Association at Auburn University at Montgomery, will be the executive director of Be The Change Venture Alabama.

Michael Bullington, Communications Director for Be The Change Venture Alabama, came to speak at the council meeting and read a letter written by Crawford to the council.

“I’m grateful for the opportunity to invest in a community that has invested in me,” Crawford said in his letter. “Clay, Alabama is known for an exceptional school system, amazing outdoors and great people. I would like nothing more than to give back to this community of incredible people. One of my objectives in a life of public service is to reach the community. Be The Change Venture is a push to do just that, to reach the community by presenting high school students with the opportunity to learn networking skills and to use them.”

Bullington said that during his time in high school, students were not taught the necessary skills to prepare them to enter the workforce.

In other city news, Mayor Charles Webster announced that, due to last week’s winter weather, the ceremonial groundbreaking for the new library by Clay Elementary has been rescheduled for Thursday, Jan. 25, at 4:15 p.m.

“Just to give everybody an update on the library, it has been started,” Webster said. “We’ve been delaying the (ceremonial) groundbreaking, but we’ve already broke ground and got started. We don’t want to hold up construction over just a groundbreaking. Everything is right now on schedule, within the budget, (and) we’re keeping a pretty close watch on that every couple of weeks. So far, we haven’t hit any major ‘unknowns’ yet. We hope we don’t.”

City Manager Ronnie Dixon said that the city will begin pouring the slab for the library at 3 a.m. Friday morning and that it will be a continuous pour all day long.

“I am pleased to ride by the library and see the progress there,” Councilor Don Baker said. “It seems to be moving along really fast. I’m just proud to have that going up. I think it’s going to be a great asset. I think the location is absolutely awesome.”