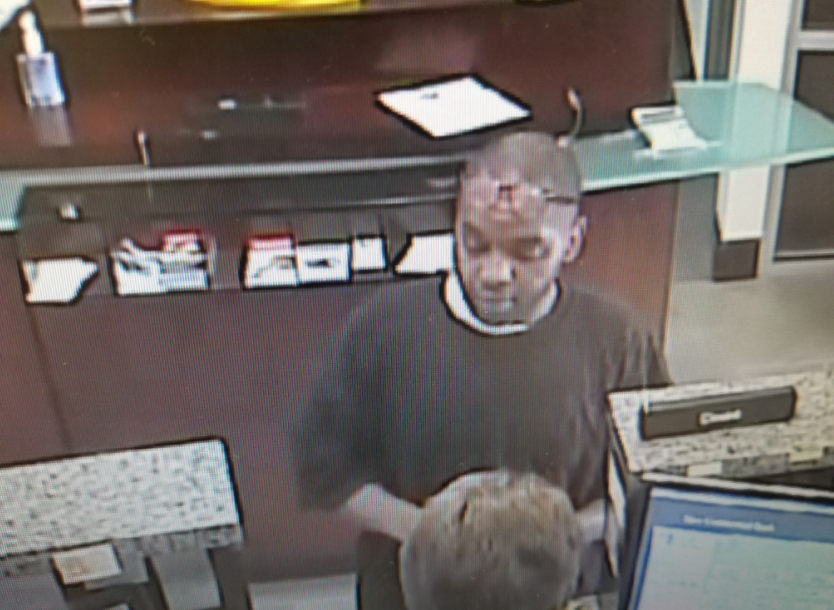 Feds charge Kelvin Carnell Golden in Trussville bank robbery. Above is a surveillance photo of the suspect.

TRUSSVILLE –Federal authorities have charged a south Alabama man in connection with bank robberies in Trussville, Pell City, and Oxford in 2017.

A five-count indictment filed in U.S. District Court charges Kelvin Carnell Golden, 32, of Evergreen, with armed bank robberies in St. Clair County, Jefferson County and Calhoun County. The indictment charges him with a separate firearm count on two of the robberies. 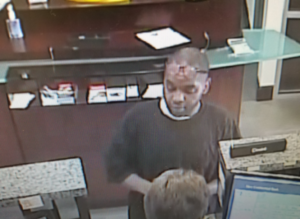 Feds charge Kelvin Carnell Golden in Trussville bank robbery. Above is a surveillance photo of the suspect.

On April 5, 2017, Golden used a handgun and robbed a Trussville branch of First Commercial Bank, according to the indictment, which also charges him with brandishing a 9mm semi-automatic pistol during that crime of violence.

Following the robbery, Trussville police, Jefferson County Sheriff’s deputies with search dogs, and agents from the FBI searched for the suspect along Pinchgut Creek after witnesses saw him run in that direction.

He was described as 5-foot-4 and was wearing a black shirt with a white undershirt and shorts. His shirt had been discarded during the chase. Officers called off the search hours later when they were unable to locate the suspect.

The following day, the FBI released surveillance photos of the suspect.

“Those who rob banks at gun point and threaten the lives of innocent employees and customers are exactly the violent criminals we will remove from free society and relocate to prison,” Town said. “The FBI did an outstanding job investigating this case.”

According to the indictment, Golden used a handgun and robbed a Pell City branch of BB&T bank on March 31, 2017. The indictment charges Golden with brandishing a 9mm semi-automatic pistol during that robbery.

The indictment charges Golden with using a handgun to rob an Oxford branch of BB&T on April 10, 2017.

The FBI investigated the case, which Assistant U.S. Attorney Bill Simpson is prosecuting.