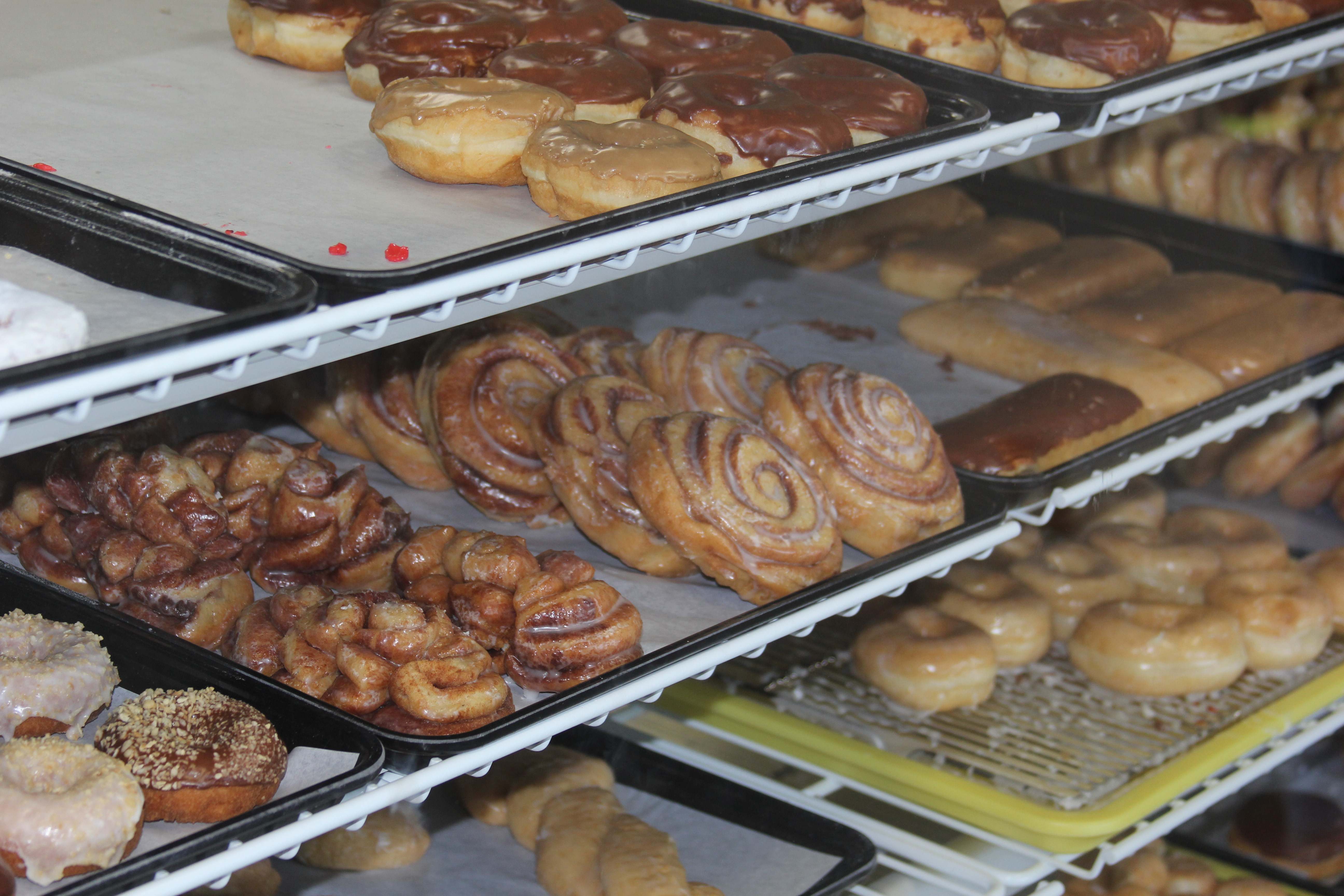 Products on display at Daylight Donuts in Pinson. Photo by Nathan Prewett.

PINSON – Starting the day at Daylight Donuts means getting up pretty early in the morning and opening at 5:30 a.m. but Andrew Bratcher doesn’t mind that, especially if you’ve just established a new store and the first day has gone smoothly. 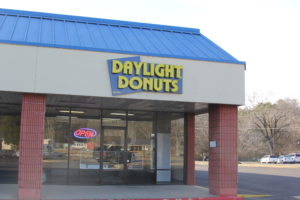 The front of Daylight Donuts in Pinson. Photo by Nathan Prewett.

“I was happy,” said Bratcher, the store’s owner. “Usually Mondays are pretty slow, so I was pleased. Steady flow all day long.”

Monday morning was the soft opening of a new Daylight Donuts store in Pinson, which operates from 5:30 a.m. until 6 p.m. Located on Pinson Blvd, the store is part of the Pinson Valley Shopping Center near city hall. Bratcher said that the city was an ideal location, describing it as business friendly.

“I feel like it’s a good spot and Pinson seems to be really growing,” he said. “The Burger King is a good fit. People who don’t normally pull into this parking lot that do now – they get a burger and then they come here to get some doughnuts.”

Bratcher said that Daylight Donuts delivers, focusing mainly on schools, churches and other businesses, as well as fundraisers and similar events.

Daylight Donuts originates in 1954 in Tulsa, OK by Tommy Day and his wife, Lucille. Bratcher said that it began as a relatively small flour making business before it grew into a doughnut-producing company. The chain has multiple store locations throughout the U.S., with Alabama being the site of more openings in recent years.

In addition to doughnut products, the store offers others such as doughnut holes, cake doughnuts, apple fritters, pies, cinnamon rolls and kolaches, as well as coffee. Bratcher said that the kolaches in particular are very popular and tend to sell well. Flavors and icing includes chocolate, raspberry, strawberry, blueberry and Bavarian cream. A drive-thru will be installed at the side of the store.

Bratcher said that doughnut products are cholesterol and trans-fat free.

Spirituality is part of the atmosphere at the Pinson Daylight Donuts as the interior has framed quotes of scripture. Advertisements for the business and the t-shirts that employees wear has the Biblical chapter, James 4:10, printed. Bratcher said that it is one of his wife, Jill’s, favorite scripture quotes. She has a role at the location in providing flavor ideas as well as making icing for some of the products.

“We feel like God led us to this spot,” Bratcher said. “And he’s not going to leave us here.”

A grand opening has not been done yet, but Pinson Mayor Hoyt Sanders said that a ribbon cutting will be held sometime in the coming weeks 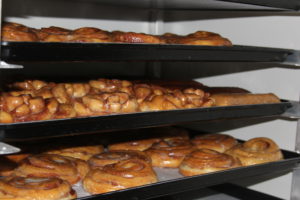 Other products freshly cooked in the kitchen of Daylight Donuts. Photo by Nathan Prewett.

with the Clay/Pinson Chamber of commerce.

“We’re very excited about the continued business growth in the city,” he said, mentioning other businesses that have popped up in Pinson such as Burger King and O’Reilly’s among others. “We hope for that continued momentum of business growth.”

Daylight Donuts is one of the latest businesses recently established in Pinson, which may soon see a Shoney’s location being set up in the city. A public hearing will be held at the city’s council meeting on Feb. 1 at 7 p.m. to talk about the new location.

Daylight Donuts is located at 4514 Pinson Blvd in Pinson.