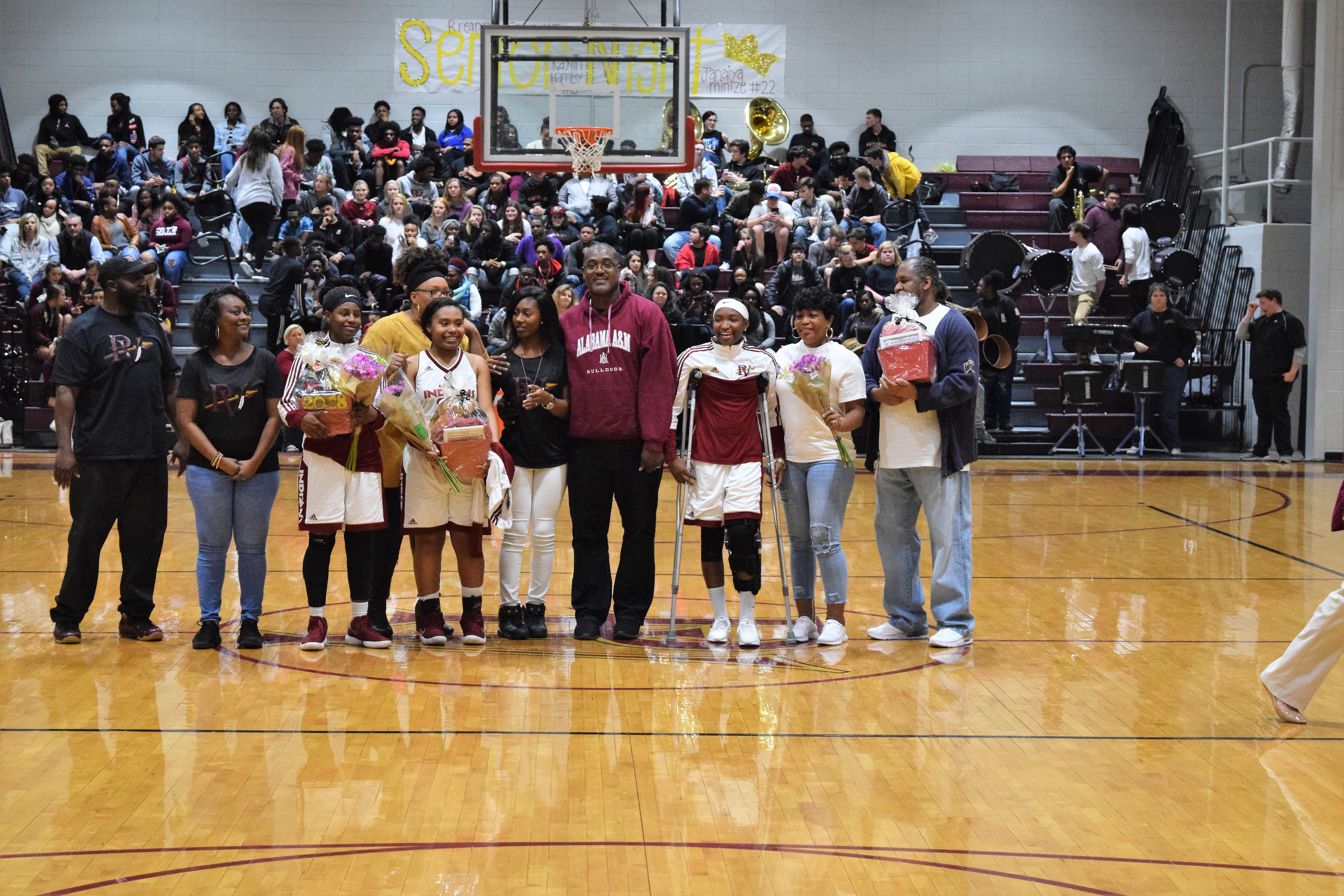 Seniors from the Pinson girls' team are honored after the game. Photo by Thomas Barrett.

PINSON – Pinson played host to Midfield at Dunnon Gymnasium at Pinson Valley High School for a set of games in boys and girls basketball, with the girls celebrating senior night after their game. The Pinson girls competed hard with the Midfield Lady Patriots but fell short after a scoring outburst in the third quarter from Midfield’s Jemeriah Moore, who ended the game with 25 points. 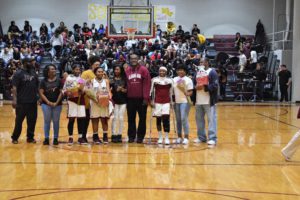 Seniors from the Pinson girls’ team are honored after the game. Photo by Thomas Barrett.

The game ended with a final score of 54-32. After the game, the seniors of the team were honored at center court and presented with gift baskets and bouquets.

The action picked up quickly in the boys game as both teams set a blistering pace and created a real shootout. Midfield is a defending champion team that plays a very similar style to Pinson, so this game stood to be a measuring stick for their post season hopes.

Slashing, quick play from the guards of both teams led to easy buckets and some timely threes as both teams raced up and down the court at what seemed to be a full sprint for nearly the entire game.

Pinson led for three quarters of the game before foul trouble and a failure to convert opportunities shifted the momentum over to Midfield’s side. A shift to zone defense from Pinson stopped the issue of fouls, but led to a prolonged game of keep away that often led to easy layups for the Patriots.

Orion Morris,the senior guard for the Tribe, led the way with feats of scoring prowess as his counterpart Geordan Pollard cleaned the glass and scored several second chance buckets before foul trouble caused his time on the court to be shortened. Karmen Woods scored 35 for the Patriots and teammate Anthony Brown contributed 25 of his own to help the Patriots squeeze out a close win over Pinson at a final score of 96-92.