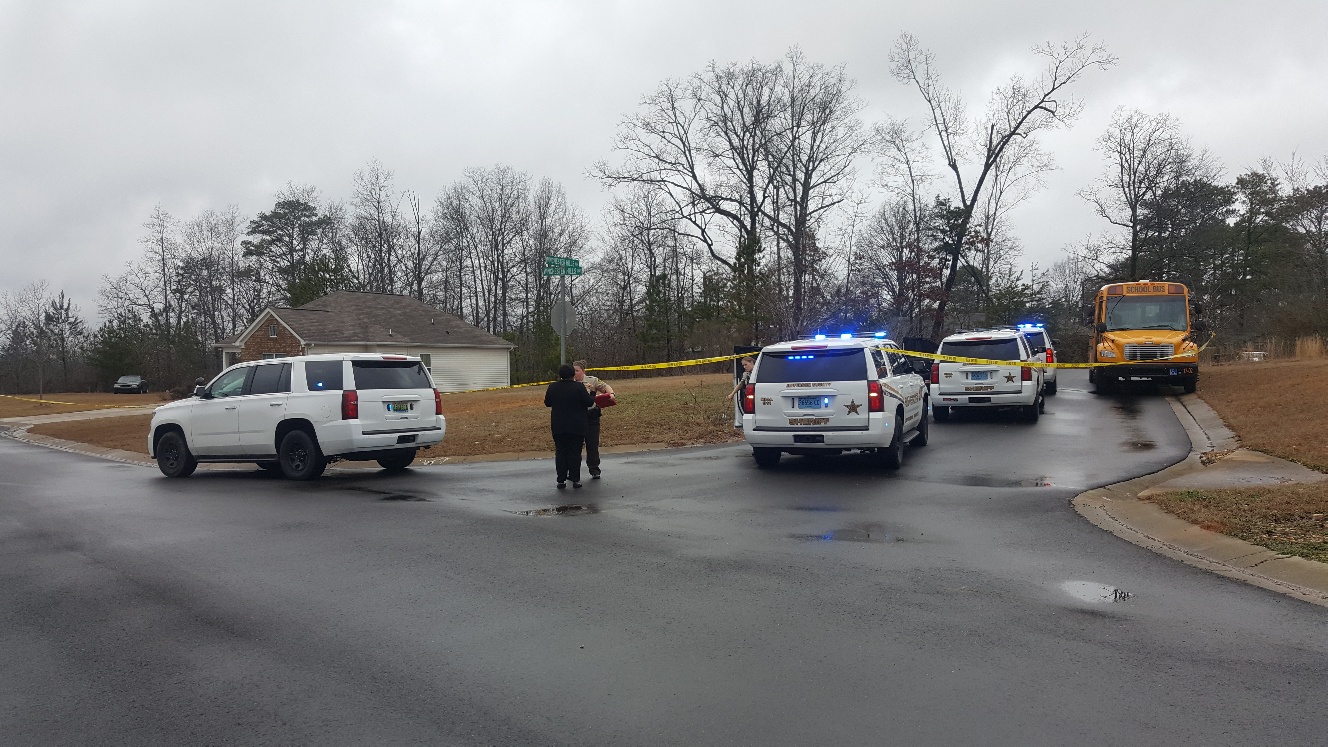 A teenage male was wounded in a shooting in Clay. Photo by The Trussville Tribune 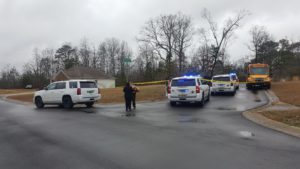 A teenage male was wounded in a shooting in Clay.
Photo by The Trussville Tribune

The victim, who neighbors said is 17-years-old, was transported to the hospital by Center Point Fire Department emergency crews. He was pronounced dead at the hospital.  The suspects are still at large.

“Information at the scene is that the victim was familiar with the suspect and went outside to meet them,” the sheriff’s office said in a statement released Sunday evening. “When the victim approached the suspect pulled a gun and began shooting. It appears the victim was targeted and this was not a random act. After firing the shots the suspect fled the scene in mid sized green sedan.”

Crime tape stretched across three homes, a short dead end, and into the neighboring street. Parked at the end of the short dead end, was a school bus. Witnesses said the shooting started near the rear of the bus.

“He came to my door and I called the police,” said one neighbor. “My husband stayed with him until help arrived. He said he (the victim) wasn’t doing well.”

According to witness, two suspects wearing hoodies and bandannas over their faces shot a 17-year-old resident of the subdivision. He ran to a nearby home and sought help.

“I had just gotten home from church and heard a popping sound,” said a resident of the neighborhood. “I opened my back door and saw two people with guns shooting him. I couldn’t identify them because they had their faces covered.”

Witnesses said the suspects fled the scene in a green Altima by way of Shadow Creek Drive in the adjoining neighborhood. A resident on that street said she thought she heard as many as eight shots. Another resident said he saw four shell casings of two different calibers on the ground near the shooting.

This is breaking news and the story will be updated as more information becomes available.