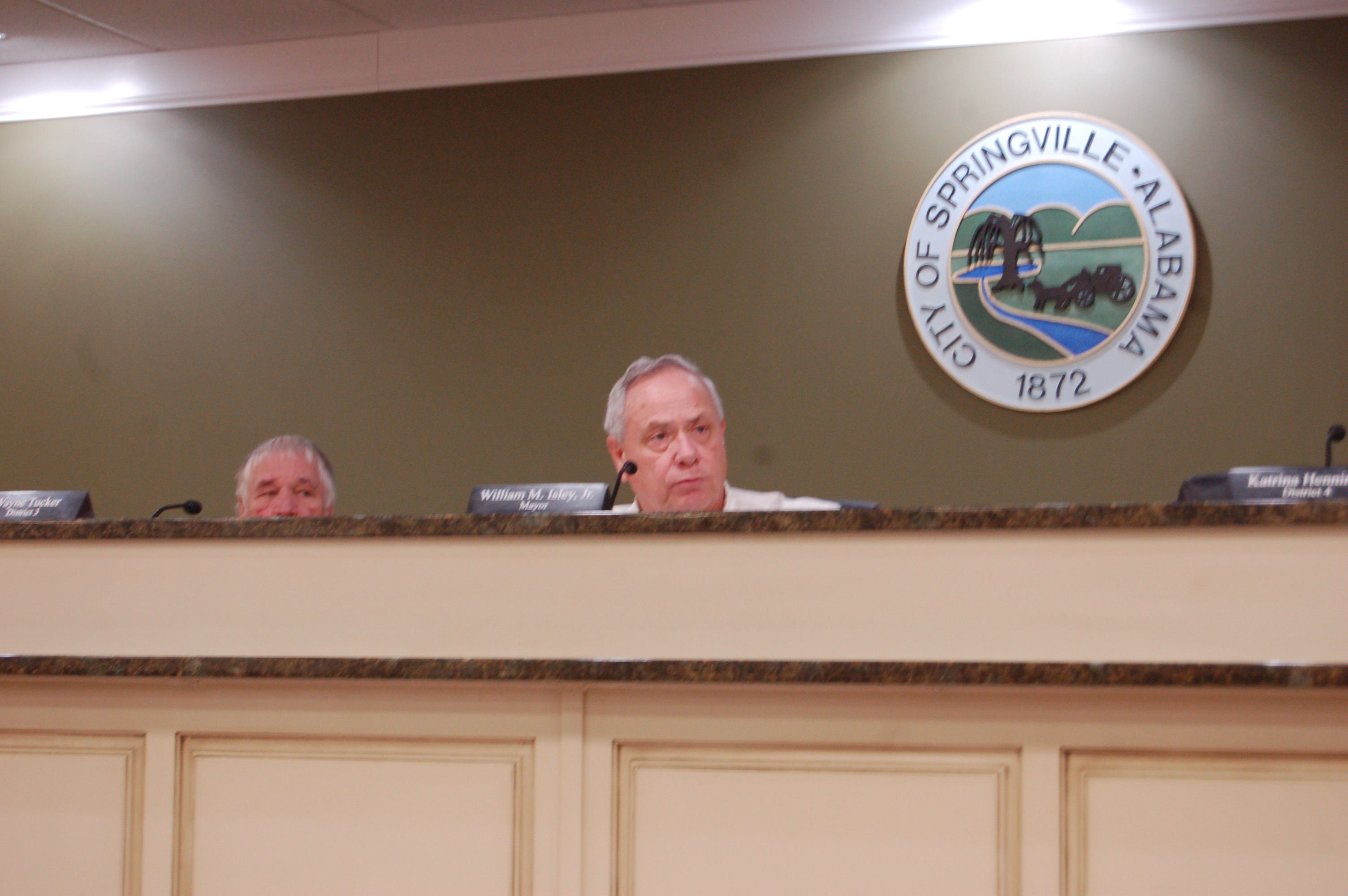 SPRINGVILLE – The 2017 audit report and the 2018 budget were approved at a regular meeting of the Springville City Council on Monday. During the meeting, the council also briefly addressed an incident that took place last week in which a high school student was arrested for making an alleged terrorist threat. 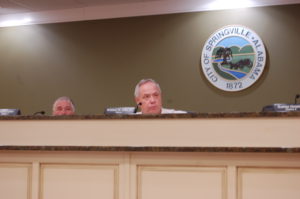 At 5:30 p.m., the council held a workshop before its regular meeting at 6 p.m. During the workshop the council heard from Springville resident John Coyne, who requested that the city consider investing in emergency phones outside of the fire department that can be used if someone is without a cell phone.

Springville Fire Chief Richard Harvey said that he would research the possibility of emergency phones further and access the costs. This was echoed by Mayor William Isley, who advised the importance of keeping one’s cell phone with them at all times in case of an emergency.

It was agreed that the item would be considered in the future.

Afterwards, when the regular meeting began, the council added an item to the agenda that was not in the copies of the agenda prior to tonight’s meeting. Isley stressed that adding items to the agenda during meetings is rare as he believes that actions taken by the council should be seen by the public in advance so they can be researched.

The item that was added was a request from the Alabama Department of Transportation to have the mayor sign an agreement that would aid in projects such as closing off streets to allow for road work to take place.

Attention then turned to approval of the 2017 audit report. Isley reported that the city’s long-term debt payments have been met without relying on reserve funds. He said that the city continues to add to the reserves annually.

“We are spending from cash or capital funds coming out of cash and we have projected this year, and this budget year, to do exactly that,” he said. “We’re not budgeting for infrastructure improvements. We’re actually bringing to the council proposals and bids for paving and other large items such as police cars or other matters of importance we’re not budgeting for.”

Isley also commented on the financial state of Springville.

“The financial condition of the city is excellent,” he said. “I’ve stated before that a city of our size – we should be very proud of our forefathers. A lot of them saved a bunch of money and we still have a lot that we’re saving.”

In other business, the council agreed to approve the rezoning of two properties – where Sal’s Italian Restaurant and a car wash are located – from B3 to B2.

Before the meeting ended, Isley commented on the recent incident in which a Springville High School student was arrested for allegedly making a terrorist threat. This comes after multiple threats have been made in schools across the state in the aftermath of the Marjory Stoneman Douglas High School shooting in Florida that left 17 dead and 15 wounded.

The incidents have raised concerns of students making baseless threats or copy cats that may potentially bring actual violence into the schools.

“That’s the problem: you don’t really know until you question,” he said. “So this city is taking proactive steps.”

Isley said that the council is working to increase police presence in the city’s schools. City Attorney James Hill will be in contact with the St. Clair County Commission, the St. Clair Board of Education and possibly the sheriff’s department on having more policemen on county school grounds.

“We need to try to find a way to have a presence there,” Isley said. “So that a daily presence of a police officer in a school – maybe not all the time – but just knowing that a police officer is there may make a child feeling inclined to do something stupid not do it.”

The next meeting of the Springville City Council will take place on March 5 with a workshop at 5:30 p.m. followed by the regular meeting at 6 p.m.