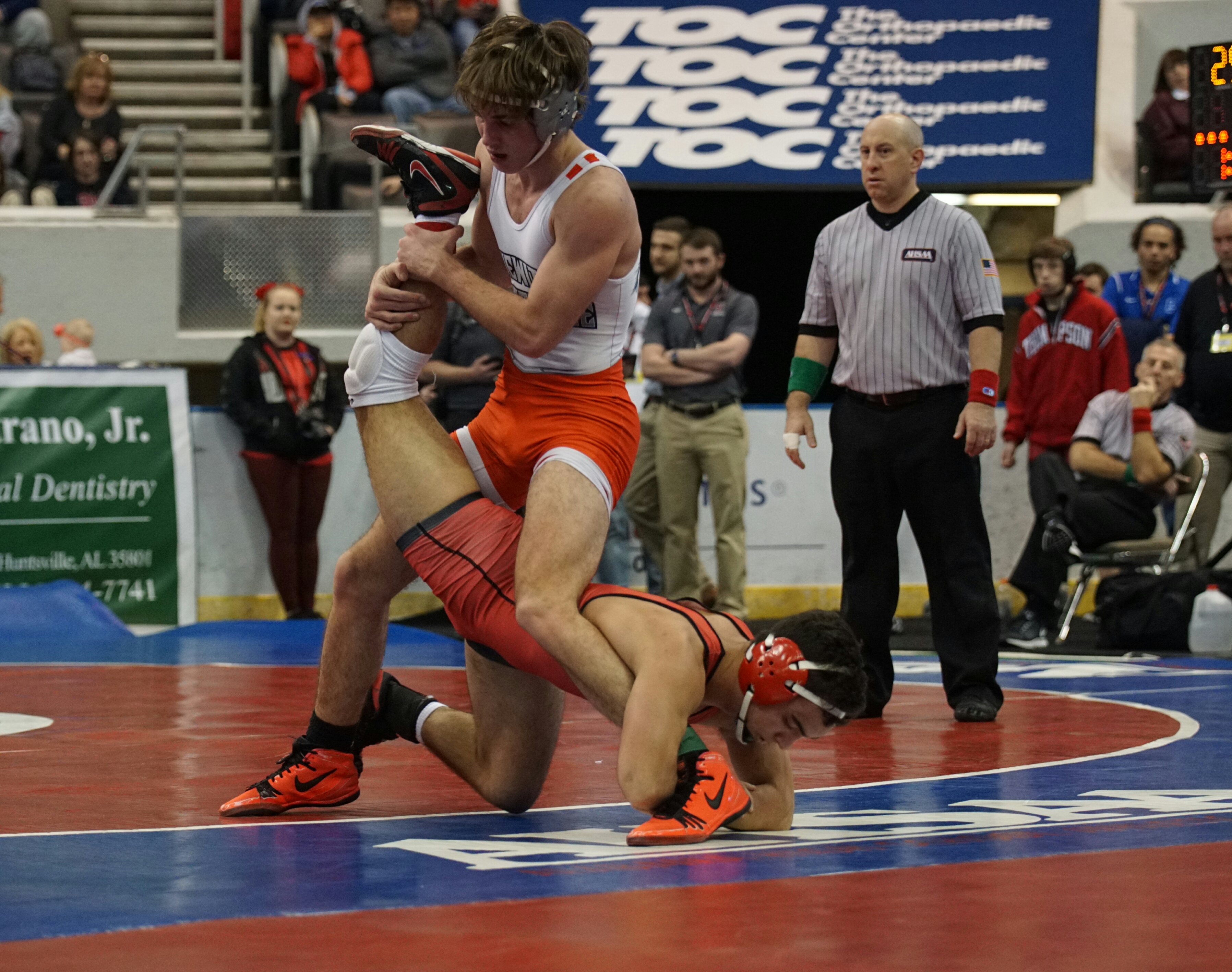 Clay-Chalkville’s Jack Jones repeated as the Class 6A 220-pound state champion in the state wrestling championships in Huntsville.

Pinson Valley finished eighth in 6A, led by George Vazquez’s win in the 106-pound class.

Hewitt-Trussville had a strong showing in 7A, finishing in a tie with Vestavia Hills for fourth. The Huskies had three state champions: Stone Barden (138), Conner Smith (145) and Cale Land (152). Caleb Hammond was third in his class and Seth Hall was fourth.