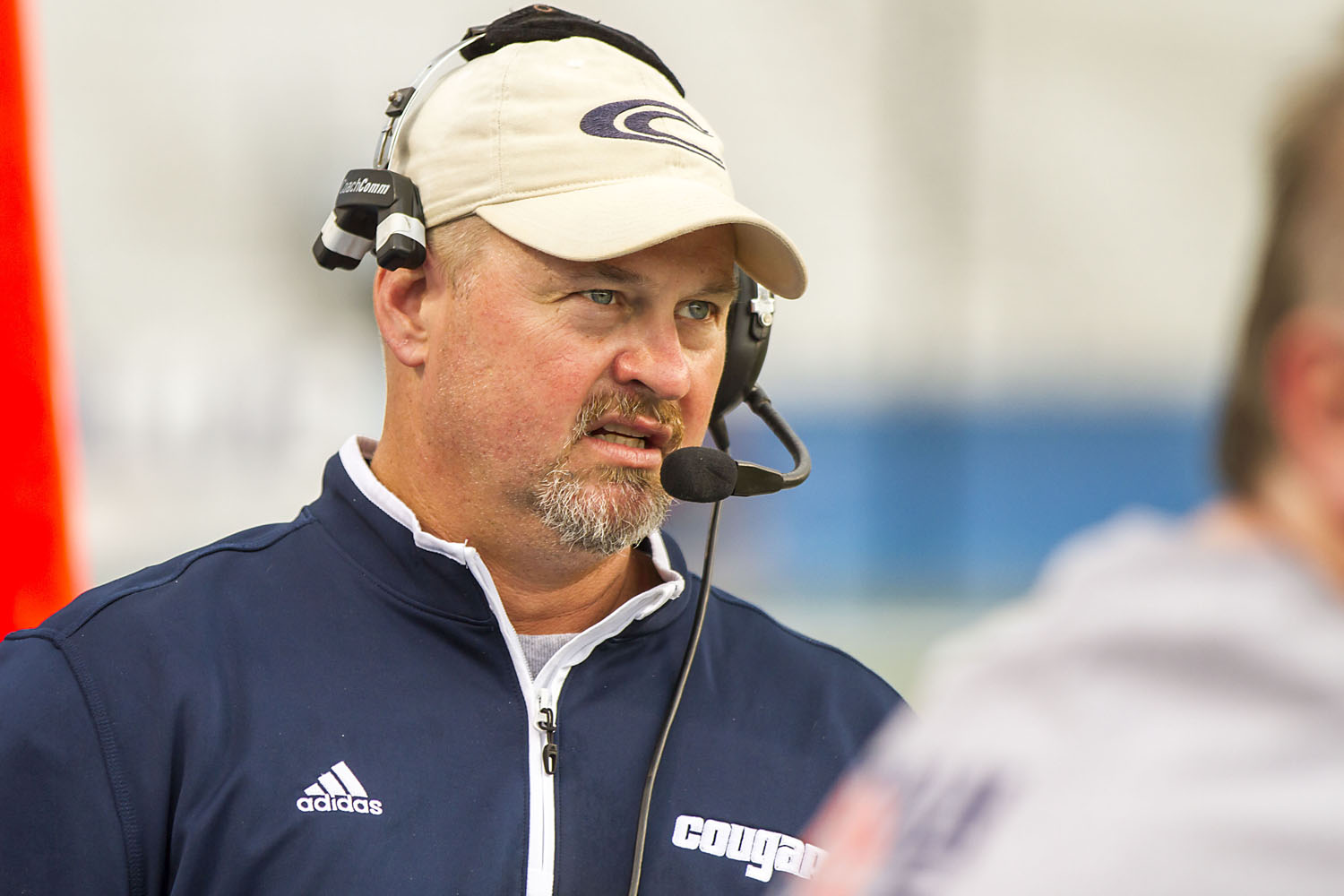 Head coach Jerry Hood and his top-ranked Cougars are set to visit No. 8 Austin in the semifinals of the Class 6A state playoffs this Friday night in Decatur. Photo by Ron Burkett

CLAY — Shawn Sutton, formerly an assistant head coach to Rush Propst at Colquitt County (Ga.) and offensive coordinator at Clay-Chalkville during Jerry Hood’s first two seasons at Clay, was approved this morning as the Cougars new offensive coordinator by the Jefferson County Board of Education.

In perhaps an even more surprising move, head coach Drew Gilmer has hired Hood, the winningest coach in CCHS history, as a defensive analyst. Hood, who resigned as head coach after the 2016 season, will be at Clay during the week for practices but will not be with the team on Friday nights. When Hood resigned as head coach, he stated it was so he could watch his children play sports.

“He’s basically going to be a defensive coach, a defensive analyst, he just won’t be there on Fridays,” said Gilmer, who was clearly excited to have his mentor back on the staff.

Gilmer, who completed his first season as head coach with an 11-3 record, was equally enthusiastic about his new offensive coordinator. Sutton is a veteran coach with 30-plus years of experience. He’s worked at Hoover, Faulkner University and as a head coach at Ashville and Berry of Fayette County among many other stops besides his stint at Clay.

“Shawn was the OC here Jerry’s first two years,” Gilmer said. “He’s been several places, but he’s been down there at Colquitt with Rush. His wife lives here in Alabama, so he’s been wanting to get back to Alabama.”

“It’s the best fit possible because our terminology was (Sutton’s) terminology, so there’s very little to do with that. Me and Coach Sutton have been friends for a long time so it’s going to be a very easy and smooth transition.

“He’s one of the best in the business.”