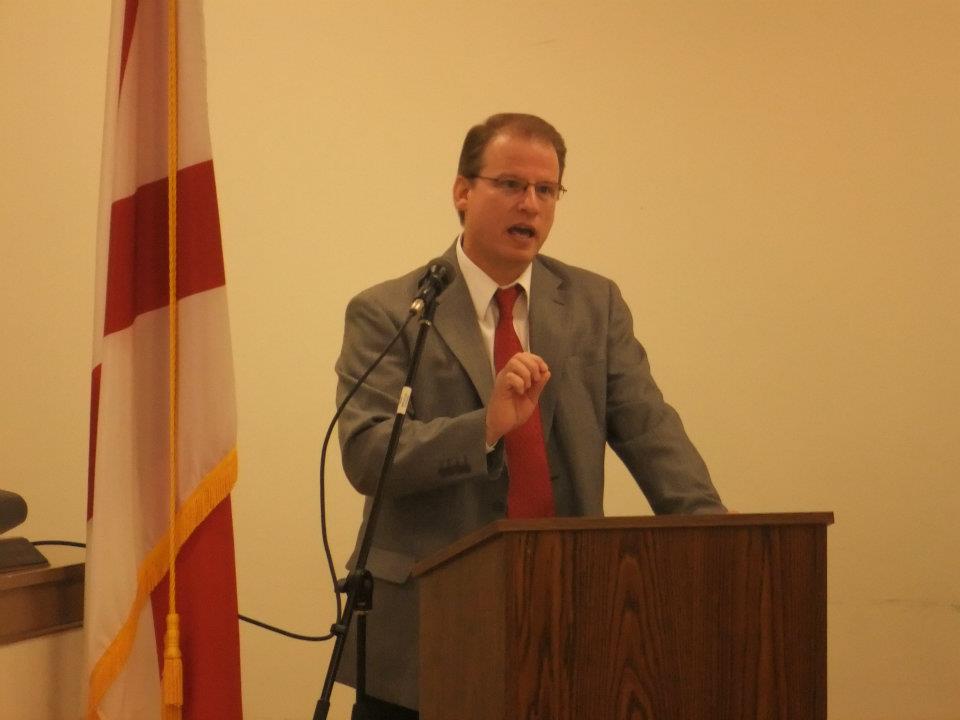 Rep. Allen Treadaway at a luncheon hosted by the Clay-Pinson Chamber of Commerce. Photo via Facebook.

CULLMAN COUNTY — A crash that occurred on early Sunday morning resulted in the tragic death of Kelsey Marie Treadaway, 31, who was the daughter of State Representative Allen Treadaway, R-Morris. The crash also resulted in the injury of a passenger.

According to House Public Information Officer Clay Redden, the accident happened on Interstate 65 near Good Hope in Cullman County when Treadaway’s car was struck from behind by another car. A passenger in her car was injured and taken to a hospital for treatment.

A man was charged in the accident. Alabama State Troopers continue to investigate.

Alabama Speaker of the House Mac McCutcheon commented on the tragedy.

“The Alabama House of Representatives is an elected body that has different political views and ideas.  But we are respectful and mindful of each other’s personal needs and concerns,” said McCutcheon. “We come together to pray for each other and support each other in times of tragedy and crisis.  Right now our thoughts and prayers are with Allen, his wife Susan and their family.  May God comfort them and give them the strength to endure during this time of sorrow.”