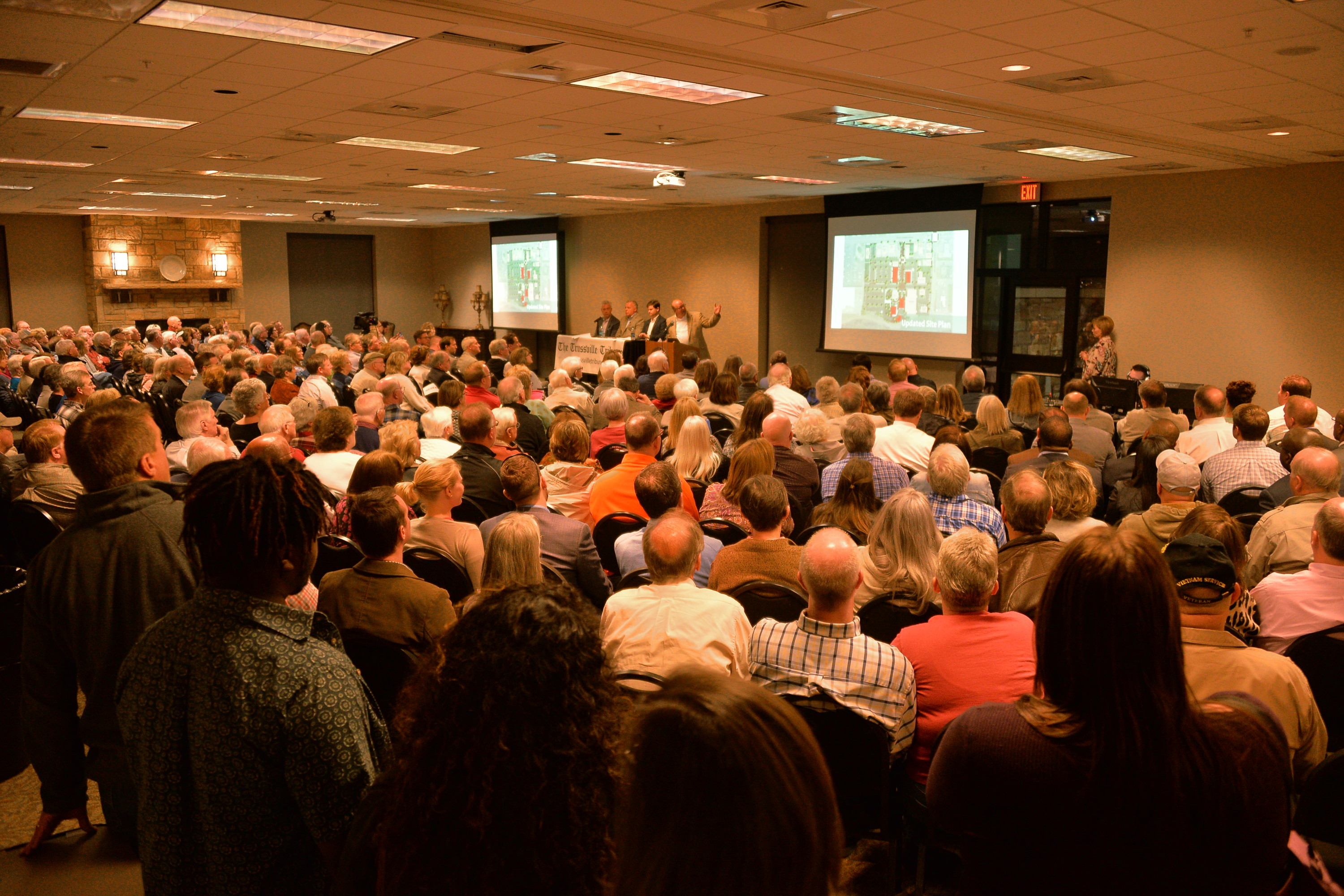 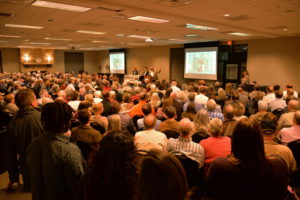 About 400 people attended the town hall panel event that was presented by Alabama Power and hosted by the Trussville Tribune, while 150 more watched a live stream of the event at TrussvilleTribune.com.

As for parking, Mayor Buddy Choat, one of three panelists, announced that the city has under contract the purchase of two blocks of property along Morrow Avenue that, combined with other parcels, would bring about 400 parking spaces. The city has been working to buy the multiple properties to provide a large parking lot and create an access road to better circulate traffic to the redeveloped area east of Highway 11.

The city is also considering a parking garage or deck, although discussion about that is in the early stages, Choat said.

J.T. Murphy with CCI Planning, another panelist, said plans include turning traffic flow into a four-quad loop, with connector roads along the city’s grid leading from Highway 11 to Chalkville Mountain Road, which will eliminate the need to go through downtown.

Plans also include two new traffic lights, one at Marco’s Pizza and the other at the new Edgar’s Bakery, that would be timed to ensure traffic moves at a good pace, said Darrell Skipper with Skipper Consulting.

Panelist Dave Reese with Turner Batson announced the name of the second brewery – Ferus – which will include a fast-casual restaurant, pub and event space.

Another hot topic focused on sidewalks and making the area more pedestrian friendly. Plans include a facelift for the streets, with brick pavers, underground utilities, streetscaping and landscaping.

“This is what Trussville is about – bringing families together downtown,” Choat said.

So what is the timeline for the construction? Choat said to expect infrastructure work to start in late summer or fall and most of the redevelopment to be done in 12 to 18 months. The city is looking at contracting with Hoar Construction’s project management team to oversee the timeline, bid process and evaluate how to save the city time and money to accomplish the project, he said.

To pay for the project, Choat said the city is getting a bond that would also cover school improvements, extension of Valley Road, new parks and fields by the Civic Center and a new community pool.

For full coverage of Tuesday’s panel event, see next week’s print edition. If you missed watching the event live, visit TrussvilleTribune.com for a replay.