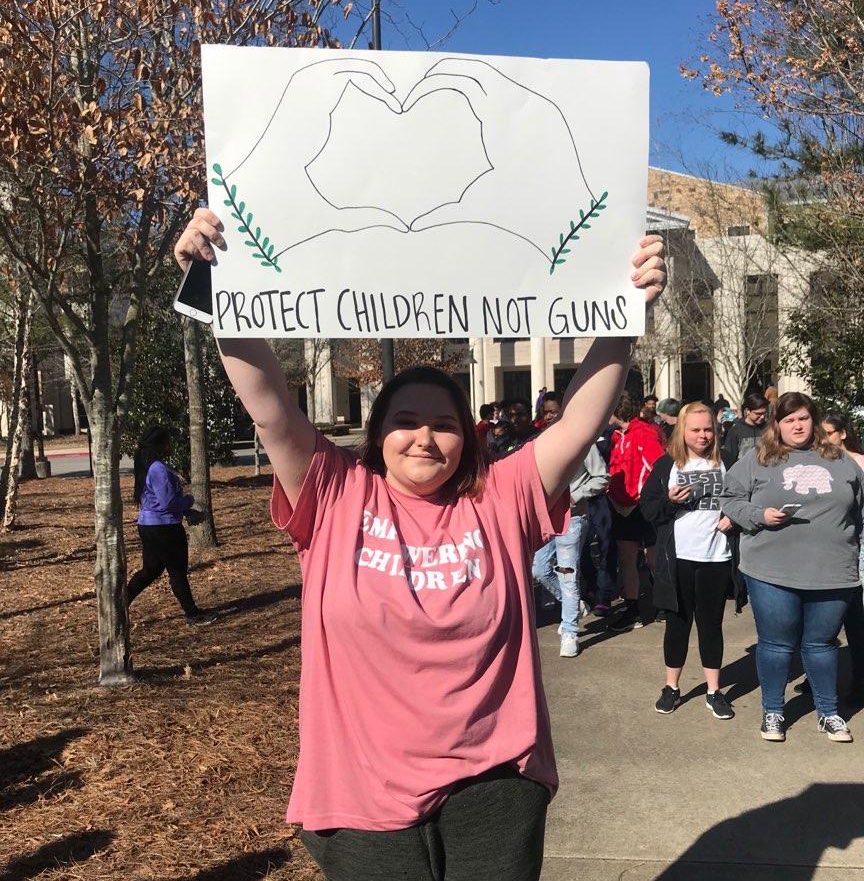 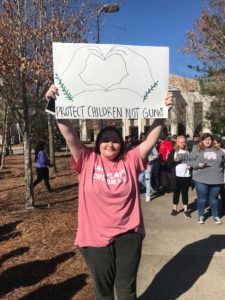 This morning, students at three local high schools participated in the national walkout against gun violence.

At 10 a.m. both Hewitt-Trussville high and middle school students walked out of the school, while Clay-Chalkville high school students met in their classrooms, for 18 minutes to show solidarity for the 17 killed in Parkland and Huffman High School student Courtlin Arrington who was killed last week.

Organized by students, hundreds participated in a moment of silence hoping to make a statement and called out the names of the students killed.

The National Walkout Day, part of the #NeverAgain movement, was formed in the aftermath of the Parkland high school massacre and is a student-led gun control organization that advocates for tighter regulations to prevent gun violence.

This morning, Clay-Chalkville Principal, Michael Lee, sent a message to teachers and staff providing brief instructions of their participation in classrooms throughout the school.

“Around 9:55 a.m. this morning, I will make an announcement for you to stop everything and begin the 18 minutes of quiet reflection or classroom discussion on the topic of gun violence and violence in schools,” he said. “Stop teaching and allow students this time.”

Lee explained the protocol during this period and provided suggested talking points to share with students.

See the videos below for a look into what students did at the walkout.