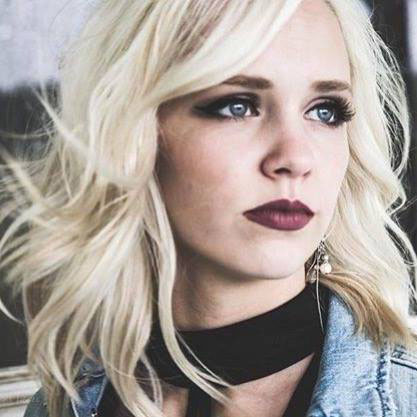 Singer and songwriter with roots in Trussville releases first single

Hewitt-Trussville High School graduate, Madeline (Mady) Steward, released her first single late last week – and sends a message to her listeners of what is important.

The new single, “You Will Not Forget”, was released on Saturday, March 17 in a recording studio in Franklin, Tennessee.

“I was working on another song and listening to the progress of the song when I was told to take a break,” said Steward. “During that time, I was looking at another song I wrote, and we decided to record it. It took 20 minutes to demo and record.”

Steward said the single is about dealing with the stresses of the week. “It reminds you that there is always someone there for you and has a free spirit appeal,” said Steward. “It reminds me of something parents want to say to their children.”

Steward graduated from Hewitt-Trussville High School in 2015 and has been singing ever since. She says singing was always the path she wanted to take.

“Some people want to be a doctor or lawyer, but singing was always second nature to me,” said Steward. “I have been singing ever since school. This is what I always wanted to do.”

Steward, who is both a singer and song writer, moved to Nashville in June of 2017 with ambitions to make a difference in her music.

“After graduating high school, I attended UAB for three semesters to be a music technician,” said Steward. “When I was attending school, I felt like God slapped me in the face and said, ‘This is not where you need to be’.”

At the end of the Steward’s third semester at UAB, she took a break from school save money for a move to launch a career in music.

“I took off from school for a month and moved to Nashville in June 2017,” she said. “Of course, all musicians want to do well, but I want to change people’s lives and mindsets with my music. I believe that music is powerful and can impact people. That’s what I want to do – make an impact.”

Steward said that she sings a vibrant mix of genres including pop and country. “I sing a lot of genres, but mostly Pop EDM (electronic dance music),” she said. “Lately I have been interested in performing worship music.”

According to Steward’s various social media pages, she has performed throughout the South through several different outlets, including festival stages and live telecast.  Throughout her continuous writing, co-writing, and playing shows, she insists, “I can’t imagine doing anything else. When I’m writing music with my guitar or piano, or even when I’m singing through choruses, everything disappears, and the universe is the limit.”

Steward’s new released single, “You Will Not Forget”, is available for purchase on iTunes or stream on Spotify.