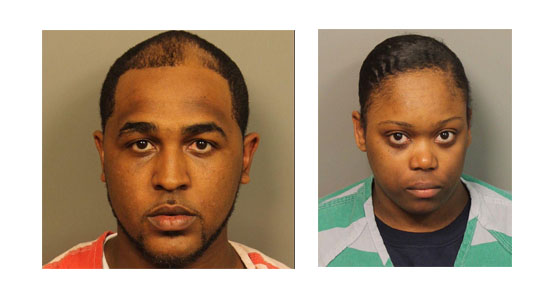 PINSON – A Pinson couple has been arrested and charged with trafficking hydrocodone and marijuana according to the Jefferson County Sheriff’s office. 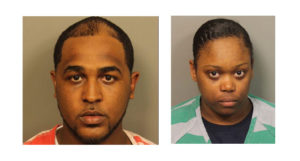 On Thursday, March 22, a Center Point deputy performed a traffic stop on a car driven by Phillip Michael Johnson, 22, of Pinson. During the stop the deputy discovered ecstasy and marijuana. Narcotics investigators were called to the scene and a search warrant was obtained to search Johnson’s residence for more drugs.

Deputies went to Johnson’s home at the 6900 block of Heather Lane to execute the search warrant and discovered 3.3 pounds of marijuana, 4.6 grams of hydrocodone, 29 grams of ecstasy, crack cocaine, methamphetamine, and two handguns.

Johnson’s girlfriend, Jaquese Monchell Byner, 20, was present during the search. Both Byner and Johnson were arrested and taken to the Jefferson County Jail to await formal charges.