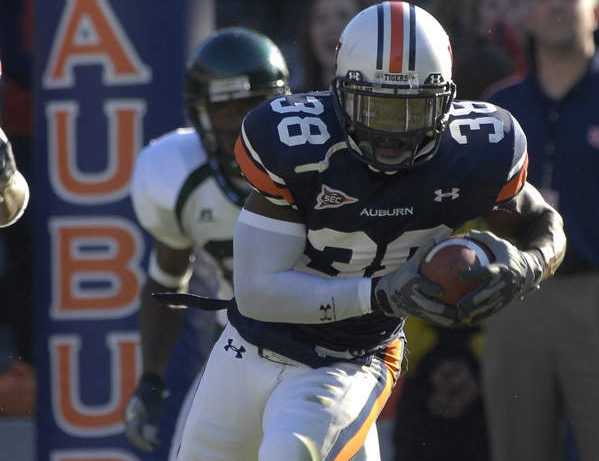 BIRMINGHAM — A former defensive player for the Auburn Tigers football team is dead in what is possibly a suicide, according to the Jefferson County Coroner/Medical Examiner’s Office.

Zachery Renard Gilbert, 33, was found at around 1:40 p.m. yesterday in his southside apartment in Birmingham with an apparent gunshot wound. He was pronounced dead at 2:08 p.m.

Chief Deputy Coroner Bill Yates said that an autopsy was performed today but that a final conclusion has not yet been rendered. He said that the Birmingham Police have not found evidence of foul play.

Gilbert was a defensive back for the Tigers beginning in 2003 and ended in 2007 when he graduated from Auburn. According to the Tigers’ website, his most memorable moment was the 2004 Iron Bowl game against Alabama when he deflected a ball from going to a Crimson Tide wide receiver.

Gilbert went back to Auburn for his MBA in public administration after he tried to pursue a career in the NFL. He graduated with his second degree in 2011.