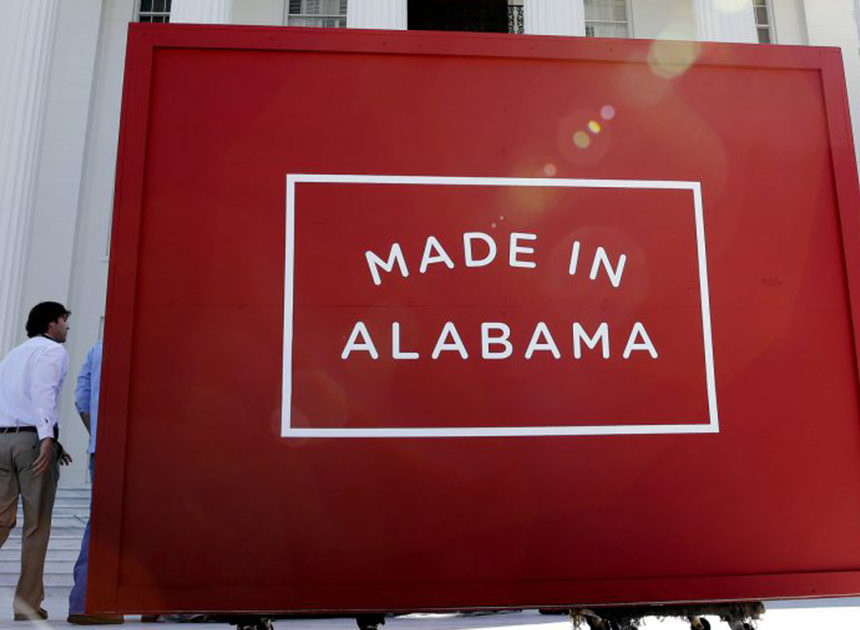 MONTGOMERY –The Alabama Legislature on Thursday gave final passage to a bill seeking to prevent a potential pitfall in the ethics law that state officials say could prevent Alabama from being considered for economic development projects.

HR317, the Alabama Jobs Enhancement Act, now goes to Governor Kay Ivey, who is expected to sign it into law.

The bill would exempt certain economic development professionals from being required to register as lobbyists with the Ethics Commission in order to approach the state about a potential industrial project. Requiring site selectors for the likes of Hyundai, Mercedes and Toyota-Mazda to register with the government and disclose their confidential clients would spook away potential projects.

The bill was revised multiple times and was subject to intense scrutiny from opponents who said it would create a loophole for monied interests in the ethics law. The bill’s Senate sponsor, Sen. Phil Williams made significant changes to the bill to satisfy concerns, including:

Even after these revisions addressed concerns about accountability, critics in the Legislature and the media continued to characterize the bill as corrupt. That wasn’t enough to stop the legislation, which passed the House with 55 ayes, 22 nays and 22 abstentions.

Ivey thanked lawmakers for their work on the contentious bill and signaled she would sign it.

“The passage of House Bill 317 enables Alabama to remain on a level playing field with other states, as we compete for job creating capital investments. Our ability to attract highly sought after economic development projects is vital to ensure that Alabama continues to experience record-low unemployment. This legislation makes clear that we are committed to attracting world-class jobs for all Alabamians.

“I appreciate the work of the entire legislature in passing this bill. I am especially thankful to Senate President Pro Tem Del Marsh, House Speaker Mac McCutcheon, Senator Phil Williams and Representative Ken Johnson for their leadership in ensuring the strength of our ethics laws, while keeping Alabama’s doors open for business recruitment and new jobs.”

At issue is a looming Ethics Commission ruling that would require those in the economic development community to register as lobbyists. The 2010 ethics code overhaul for the first time required those seeking contracts from the Executive Branch to register as lobbyists, but until recently few believed that applied to site selectors and chamber of commerce officials who approach the Department of Commerce about a potential project.

Asking site selectors, who seek out potential locations for the likes of Hyundai and Mazda-Toyota, to register with the state and disclose their confidential clients would cause them to stop considering Alabama for major projects, bill supporters said. In August 2017, the Commission elected to delay a ruling on the issue to give the Legislature time to clarify the law and avoid losing ground in industrial recruiting.

The Department of Commerce’s solution was HB317, which would allow certain economic development professionals like site selectors and local chamber or commerce employees to avoid registering as lobbyists in order to approach the state about a potential industrial project.

As can be the case in an election year, passage of HB317 quickly became political. One of Ivey’s potential Democratic opponents for governor attempted to make the bill a campaign issue before it even passed.

Tuscaloosa Mayor Walt Maddox called on Ivey to veto the bill saying “If she does not reject this attempt to further weaken accountability, it will reinforce Alabama’s standing as one of the most corrupt states in the Union.”

The issue cold also surface in the Attorney General’s race, where candidate Alice Martin has been critical of the bill. Current Attorney General Steve Marshall intervened to halt the bill after it passed the House the first time, insisting on changes recommended by prosecutors in his public corruption unit to tighten the ethical standards.

Efforts to reach Ethics Commission Director Tom Albritton to ask his views on the updated legislation were unsuccessful.

Get the Daily News Digest in your inbox each morning