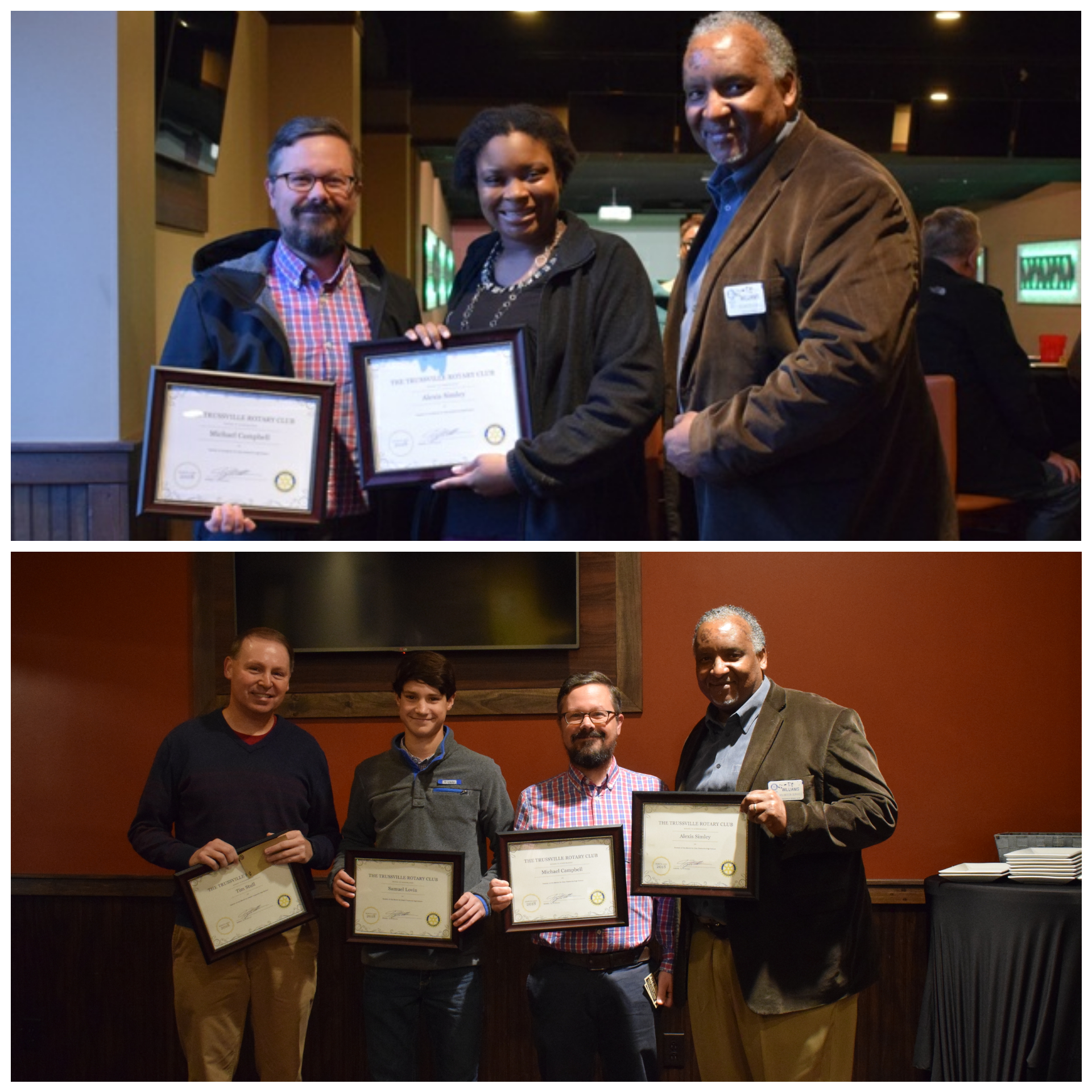 Photo provided by the Trussville Area Chamber of Commerce.

TRUSSVILLE — The Trussville Rotary Daybreak Club has named its Teacher and Student of the Month for March. The selected students and teachers are from Hewitt-Trussville High School and Clay-Chalkville High School.

The Don Haisten Student of the Month was Sam Lovin from HTHS. He is a member of the National Junior Honor Society and received the 8th grade academic excellence award. His selection for Teacher of the Month was Tim Stull, a teacher of Pre-AP World History.

Alexis Simley was named Student of the Month from CCHS. She is a member of the Honor Society, as well as Mu Alpha Theta, Science Olympiad, band, Spanish Club, and is an ambassador for CCHS. For Teacher of the Month she chose Michael Campbell, a teacher of
AP U.S. History II.

The program is sponsored by Jim ‘n Nick’s Bar-B-Q and College Prep U. 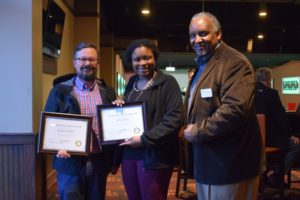 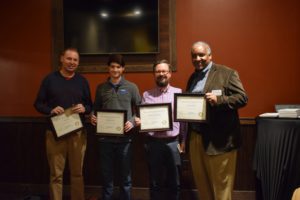