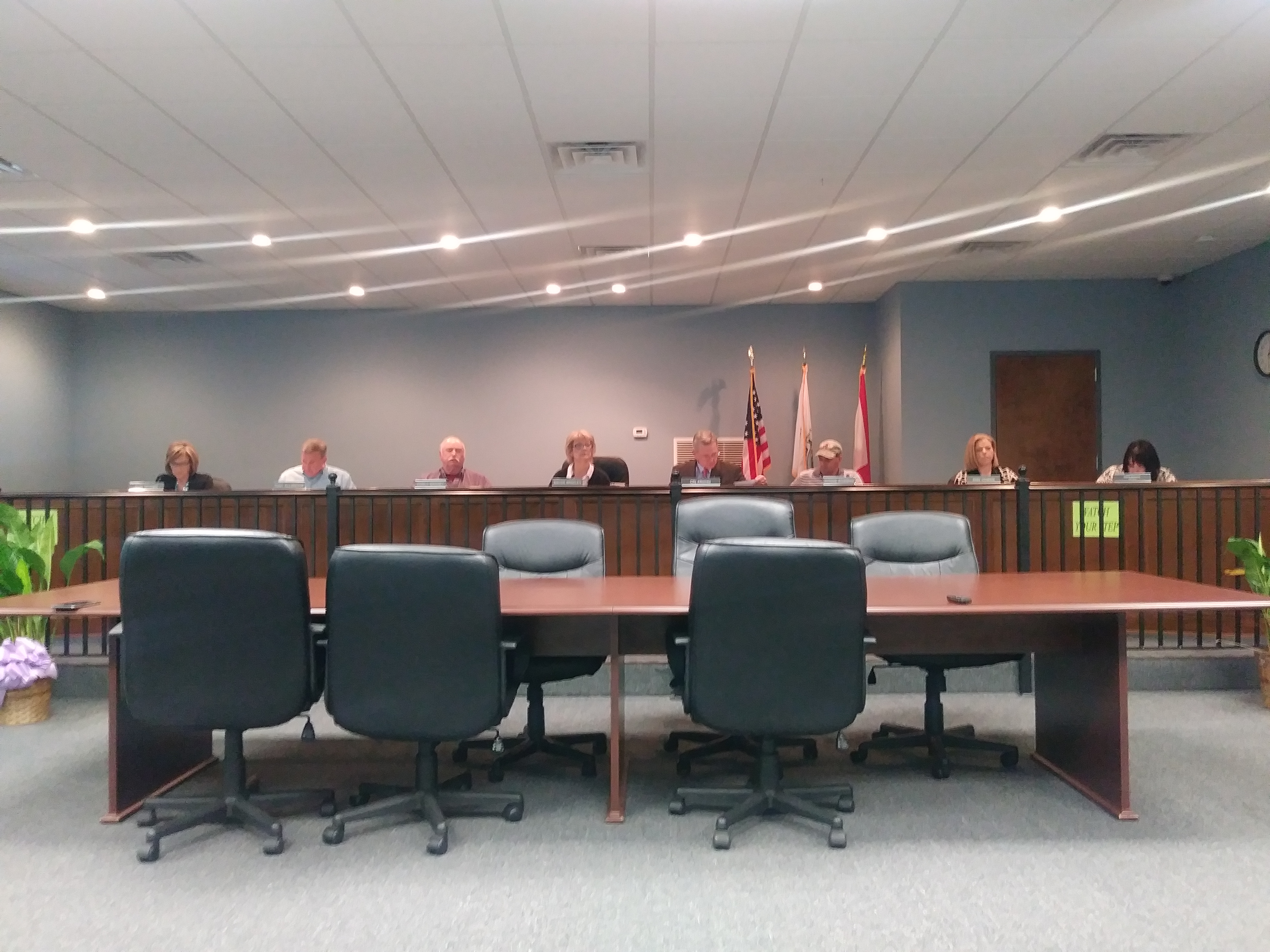 The Argo City Council at a meeting on April 9, 2018. Photo by Nathan Prewett.

BIRMINGHAM — At a regular meeting on Monday night, the Argo City Council heard police and fire department reports from last month. During the meeting, the council also briefly discussed the sign ordinance and made several expenditures. 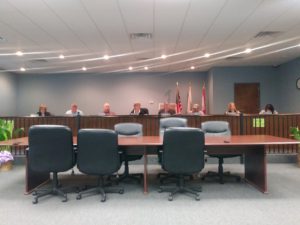 The Argo City Council at a meeting on April 9, 2018. Photo by Nathan Prewett.

The police report was given by Captain Glenn Wells, who said there were two felony warrants served, one felony arrest, 18 misdemeanor arrests.

Afterwards, Fire Chief Heath Smith reported that there were 11 burn permits issued, 20 medical calls, five vehicle accidents, two wood/grass fires, one assist lifting, one automatic fire alarm, one police assist, one gas leak, and calls for a line down on a roadway.

After reading the report, he recognized Scott Payne, who served as interim chief after Mike Platts resigned and read a letter of commendation.

Smith added that the department’s brush truck 971 was in need of tire replacement, and that he wanted to implement a $10 for residential burn permits to cover the costs of office supplies used to generate the permits.

He also suggested a $50 charge for commercial permits, citing a recent incident near Moody where a tree business was conducting a controlled burn without a permit and the fire went out of control, prompting a call to Argo Fire. The charge may help in compensating for resources spent during such incidents.

Smith said that not retrieving a burn permit can warrant the Police Department to charge for burning illegally.

Road road projects and bids were discussed afterwards. Mayor Betty Bradley suggested that the council look at the current list of bids for construction projects and that it be brought up in two weeks to make a decision on which roads to focus on this year and possibly next year.

The sign ordinance that was a subject of the last council meeting was briefly brought up tonight. Councilors Corkey Massey and Ann Cowan had been appointed to oversee possible ways to implement it. Massey said that they have copies of Ashville’s and Springville’s sign ordinances to read. Bradley asked if they could bring suggestions on Argo’s signage based the two cities’ ordinances.

In other business, the council approved paying an invoice by Civil Consultants, Inc. as part of ongoing improvements to City Hall. The payment was made for $5,888.50. Payment of an invoice by Stone and Sons was made for $9,142.82 for electrical services.

Councilor Tony Alldredge reported on the storm shelter, recommending that Bradley enter a contract with Adams Stewarts Architects for designs on the shelter. Bradley abstained while the council approved.

Councilor Ann Brown reported on the pavilion construction and said that she received a proposal for six LED lights and seven electrical plugs for $1,272. For $150, a dusk to dawn light could be added. Councilor Ronnie Bowman abstained as the rest of the council voted in favor.

In her public comments, Bradley said that an E911 invoice was received for $39,010. She reported that St. Clair County Juvenile Detention fees were $4,359.

Bradley also reminded that City Hall will be closed on April 12 for the city clerk to attend a class for city clerk that day. The regular meeting on May 14 will be rescheduled to May 15 to allow the council to attend a meeting of the Community Foundation.

The next Argo City Council meeting will be held on April 23 at 6 p.m.